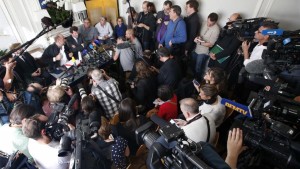 SANTO DOMINGO — A judge in the Dominican Republic on Thursday denied bail to a Frenchman accused of helping two French pilots flee the country after they had been sentenced to 20 years in prison for drug smuggling.

Christophe Naudin is believed to have worked with far-right Euro-MP Aymeric Chauprade in the “Cocaine Air” escape.

“To know techniques for others to flee, obviously you have to master the techniques of evasion,” Magistrate Alejandro Vargas said to explain why he judged Naudin a flight risk and had “no option” but to detain him for three months.

Prosecutor Milciades Guzman had called for Naudin, who faces 10-15 years in prison, to be remanded for a year.

Earlier France’s ambassador to the Caribbean nation, Jose Gomez, was quoted in local media as saying there was “not the least risk” of flight.

Naudin told the court that his jailers said he was returning to France when he was extradited from Egypt last week.

He is accused of helping pilots Pascal Fauret and Bruno Odos escape the Dominican Republic last August after they were found guilty of drug smuggling last October.

The were arrested when 26 suitcases carrying 680 kilos of cocaine were found on board a private plane they were flying in 2013 but they continue to claim they are innocent.

They were rearrested in November in the French city of Lyon after a Dominican court issued international arrest warrants for them and Naudin.

It also issued warrants for Chauprade, an MEP who resigned from the far-right National Front for “moral and political” reasons last November, and his parliamentary assistant Pierre Malinowski.

Chauprade has acknowledged that he organised the escape as a “patriotic operation by ex-servicemen”.

On 11 February a court in the Dominican Republic upheld their prison sentences but France says it will not extradite them. 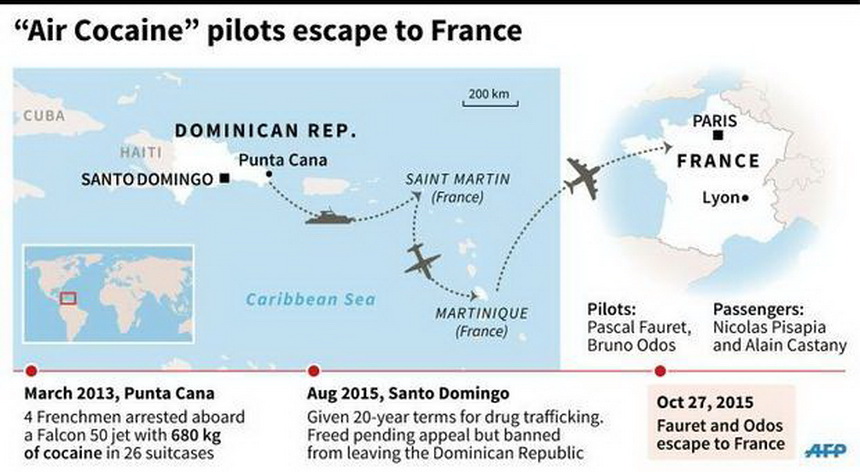