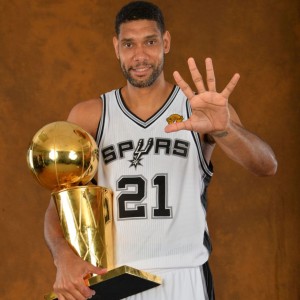 SAN ANTONIO — Spurs fans were dismayed this morning to learn that the greatest power forward in NBA history has reached his final decade of playing the sport.

“I’m 39 now, and my body is feeling it,” said Duncan to assembled media members. “I just don’t think I can play another 12 to 14 years, like [head coach Gregg] Pop[ovich] and I had talked about.”

Duncan’s teammates were shocked by the news, many of them learning Duncan won’t be roaming the paint for the 2025-26 season on Twitter.

“It all just happened so fast,” said Manu Ginobili, who will likely play for the Spurs for only the next 2-3 decades himself. “A great man, a great leader, and a defeater of that dick named Padre Tiempo.”

Duncan also noted his desire not to win more than 3-4 more championships, because he wants to give “those kids in their mid-30s” a chance.

Last May, former Spurs teammate and friend of Duncan’s Antonio Daniels said that he doesn’t believe that the “Big Fundamental” is hanging them up just yet.

“I would be very surprised if he retired,” said Daniels. “As long as he’s staying at a level where he feels like he’s relevant and competing, I can’t see it.”