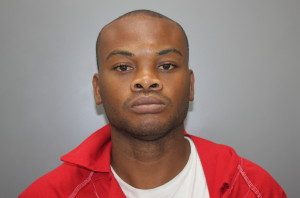 Ricardo Rhymer, 33 of Agnes Fancy, was arrested about 8 p.m. on Wednesday and charged with third-degree assault-domestic violence, the VIPD said.

Rhymer was arrested after police said that he had been positively identified by his former girlfriend as the person who stabbed her in the stomach with a pocket knife, causing her to sustain a laceration.

No bail was set for Rhymer as per the Virgin Islands domestic violence statute.

He was remanded to the Bureau of Corrections pending an Advice of Rights hearing.