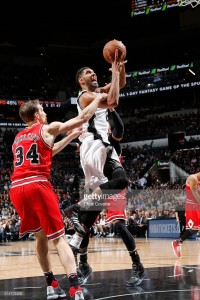 SAN ANTONIO — When San Antonio Spurs forward Tim Duncan yanked down his second board of the night in Thursday’s 109-101 victory over the Chicago Bulls, the rebound propelled the veteran into elite company as just the sixth player in NBA history to notch 15,000-plus rebounds.

Duncan entered the night with 14,998 rebounds, and walked off the court after increasing that number to 15,001.

“It seems like every few games there’s another milestone for Timmy,” Spurs coach Gregg Popovich said. “That’s another great one. He’s just beyond what any of us thought.”

Duncan, in his 19th season, admits he likely won’t completely grasp the magnitude of his accomplishments until his playing days come to an end.

“Just seeing my name with some of the guys that are up there, it’s impressive. It’s amazing, a lot of fun to see that,” Duncan said. “But even bigger than that just the game all around for us tonight [was] another good win here at home against a good team. We’re moving on from there.”

Duncan contributed seven points in addition to dishing four assists and nabbing two steals against the Bulls, and admitted he’s still trying to find a niche in San Antonio’s offense given the addition of LaMarcus Aldridge. But it’s clear Duncan is making a concerted effort to contribute more as a distributor down low.

“He’s breaking so many records this year. He’s been playing for a long time,” point guard Tony Parker said. “I’ve said it many times: He’s unbelievable, his longevity, the way he’s professional, the way he approaches the game just sets a great example for everybody to follow.”

Duncan, meanwhile, shrugged off the latest milestone in much the same way he has handled most of his accomplishments this season.

“I don’t know what they’re supposed to mean. They are what they are,” Duncan said. “Everybody keeps asking me, ‘How does it feel?’ I don’t know what it’s supposed to feel like. I’ve been at it a long time, and I’m honored to be on the list with some of these guys. When I look back, it’ll mean a whole lot. But right now, I’m just trying to play better, trying to get healthy and trying to help the team.” 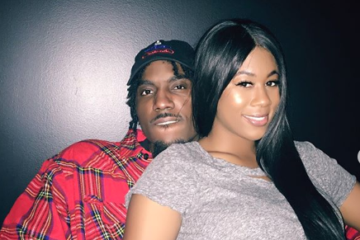