Former St. Thomas Heroin Smuggler With 3.4 Kilos Of Marijuana In His Luggage Gets Nine Months In Prison 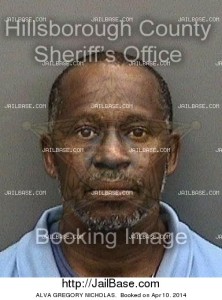 CHARLOTTE AMALIE – A 57-year-old St. Thomas man previously convicted of heroin smuggling was sentenced to nine months in prison after being convicted of being a pot dealer, according to federal authorities.

On November 4, 2015, Nicholas pleaded guilty to possession with intent to distribute marijuana.

According to the plea agreement filed with the court, Nicholas was arrested by Immigration and Customs Enforcement’s (ICE) Homeland Security Investigations (HSI) agents at the Cyril E. King International Airport on St. Thomas, after his arrival on American Airlines flight 2379.

Agents were conducting a screening of bags arriving at the airport when they detected an anomaly inside a suitcase bearing Nicholas’s name and flight tag.

After further inspection, agents found 3.4 kilograms of marijuana wrapped in plastic inside his suitcase. The bag was then repackaged and placed on the conveyor belt. Nicholas was taken into custody after he collected the suitcase from the conveyor belt.

He had previously been convicted of heroin smuggling and sentenced to 10 years’ incarceration.

The case is the result of a joint investigation by HSI and U.S. Customs and Border Protection.

Former St. Thomas Heroin Smuggler With 3.4 Kilos Of Marijuana In His Luggage Gets Nine Months In Prison