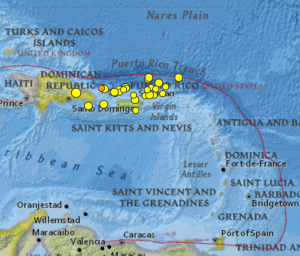 By DR. JENNIFER YOUNG/SPECIAL TO THE V.I. FREE PRESS

CHARLOTTE AMALIE — Earthquakes are contrary things. Last week I was noting the absence of any significant seismic event and within hours of the publication of the digest, what should happen but the largest tremor of the year so far? Of which, more later.

The largest earthquake, at M7.8, dominates the week’s earthquake map — which otherwise looks pretty much average-to-below-average.

The map, published by the United States Geological Survey, records all tremors in the US and its territories and those of at least magnitude 4 (≥M4.0) elsewhere. Setting aside our enormous outlier, it showed nothing above M6.0 and 24 ≥M5.0 in a total of around 1525.

The larger tremors occurred exactly where we’d expect them to — around the margins of the Earth’s tectonic plates. There were smaller tremors, too, some of them with surprising origins.

The Week’s Largest Earthquake: M7.8, off Sumatra
The largest earthquake of the week had a magnitude of M7.8. Image by USGS

Sumatra is notorious for its large earthquakes, the best-known of which is the devastating Boxing Day earthquake of 2004. With that in mind, I won’t have been the only person to fear the worst when the first news alerts came in of a major earthquake off the Indian Ocean island. But if you know what you’re looking for, a quick look at the location of the earthquake — 650km from the nearest land — will have laid (most of) those fears to rest.

Sumatra lies just to the west of the boundary between the Australian and Indian plates (sometimes lumped together as the Indo-Australian plate) and the Sunda microplate. The former subduct beneath the latter along the Java Trench and it’s at this plate interface that Sumatra’s significant and destructive earthquakes occur.

But as I’ve said many times before, tectonic activity is more complicated. Although major earthquakes largely occur along narrow seismic zones they aren’t confined to them. The USGS summary of this week’s M7.8 describes its setting as “part of a broad zone of deformation that separates the relatively undeformed interiors of the India and Australia plates and that accommodates the motion of the interior of the Australia plate north-northwestward with respect to the interior of the India plate at a velocity of roughly 11 mm/yr”.

So, large submarine earthquakes can occur with lateral, rather than vertical, motion in areas of deformation. This is reassuring — it’s the vertical motion associated with subduction which displaces water and causes tsunamis. And they aren’t uncommon — there have been three tremors of at least this magnitude in this area of deformation since the beginning of the century.

A Pair of Medium Earthquakes: The Red Sea
The Red Sea is dividing continents – and causing earthquakes. Image by USGS

Two medium earthquakes — one of M4.8 and one of M4.5 — occurred midway between Saudi Arabia (which the USGS gives as their location) and Eritrea, in the Red Sea. Such earthquakes aren’t large and don’t occur on a weekly basis; but they are typical of their tectonic setting.

I’ve always liked the Biblical image of Moses parting the Red Sea; and in fact the Red Sea is, itself, the mirror image of that — parting the land to create an ocean. That isn’t a fanciful notion: it’s geology.

An ocean ridge between Africa and Arabia is the place where molten rock rises to the surface and forces the two continents apart at a rate of around 20mm per year.

I don’t often look at tremors in the Caribbean: they’re mostly very small and on the USGS map by virtue of it being a US territory. Earthquakes which may occur a little further away in, say, Antigua, don’t appear on the map and so give the distribution of tremors in the area a misleading, clearly defined pattern.

The island arcs of the Caribbean are part of a (relatively short) subduction zone and so you’d expect swarms for small earthquakes as we see them on the map today. Most of the earthquakes, however, are nor likely to be associated with some of the many faults which develop as part of wider deformation rather than as a part of the subduction zone.

Last Thoughts: The Smallest of the Small

Humor me, here. I’m a football (soccer) fan. Anyone who’s been to a top-level sporting event will know that when emotions get high, the whole stadium shakes. Now we know, if we didn’t know already, that if enough people get excited, they cause an earthquake.

The English Premier League’s surprise package, Leicester City, caused an earthquake of M0.3 when they scored a late winner against Norwich recently — that’s bigger than some of those showing in the USGS map for California this week. They generated tremors of M0.1 when they scored against West Bromwich Albion.

You may not be into soccer but I’ll tell you this. If Leicester City win the league it’ll be far more newsworthy worldwide than this week’s largest earthquake. 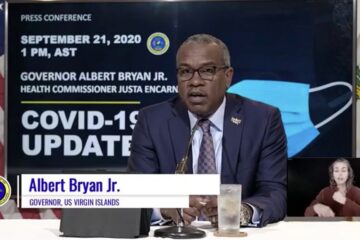 How The Dominican Republic And The U.S. Virgin Islands Are Alike When It Comes To COVID-19 Cases 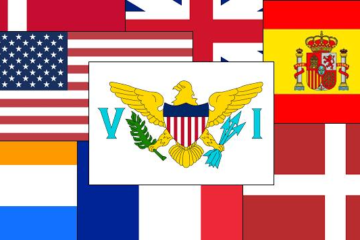 TRANSFER DAY: Is It Proof Positive That America Is Still An Empire With Colonies? 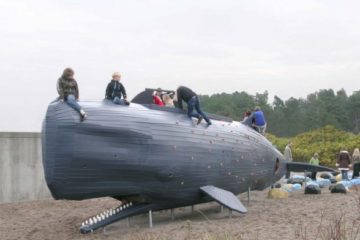 The Danish Are Well Sorry That They Sold The Virgin Islands To The United States Of America in 1917 … Just Ask Them!