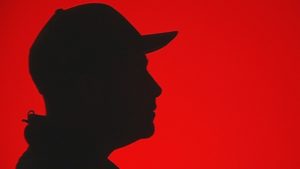 CHRISTIANSTED – A 55-year-old St. Croix man pleaded guilty in federal court to using a telephone to try conduct an illegal drug sale, according to the U.S. Department of Justice.

Hansen admitted to one count of using a communications facility in causing or facilitating the commission of felonies under the Controlled Substances Act, according to Sharpe.

According to the plea agreement filed with the court, on May 7, 2015, Hansen facilitated a drug deal over the telephone between a prospective buyer and seller of illegal controlled substances.

Hansen faces a maximum of four years in prison and a $250,000 fine for the offense he admitted to.

A sentencing date has been set for August 17, 2016. The defendant remains out of custody pending sentencing.

The charge is the result of investigative work of the U.S. Drug Enforcement Administration and the Virgin Islands Police Department. The case is being prosecuted by Assistant U.S. Attorney Christian Stringer.