Cash-Poor V.I. Government ‘Elated’ To Be Handing Out Pay Increases For Its Employees 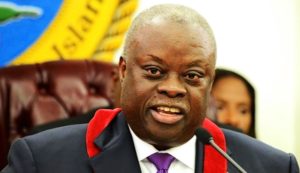 Division of Personnel Director Milton Potter said on Tuesday that the first set of government employees would see the pay hikes soon.

“I am elated to see these raises going into effect,” Director Potter said. “The ones who receive their raises this week will see an even larger check in two weeks.”

Gov. Kenneth Mapp ordered all the raises he recently granted to Government employees be retroactive to January 1, 2016 and any retroactive monies will be reflected on the paycheck that follows the salary increase.

Potter said that a group of employees represented by Our Virgin Islands Labor Union also received a $1,000 stipend last week as the administration works to fulfill contractual obligations and bring them up to step.

He said that though all raises will be retroactive to January 1, there were some delays in processing salary increases as they had to reach agreements with the various unions representing the territory’s workers.

Cash-Poor V.I. Government ‘Elated’ To Be Handing Out Pay Increases For Its Employees