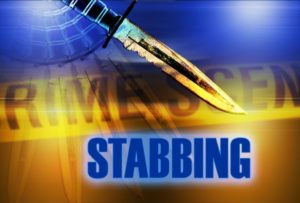 CHARLOTTE AMALIE — Police say they are investigating the stabbing of a 56-year-old Guadeloupe native that happened on Black Point Hill on St. Thomas on Monday afternoon.

Police were dispatched to the Schneider Regional Medical Center and Hospital about 4:33 p.m. on Monday after the911 Emergency Call Center reported the stabbing incident.

Upon arrival to the hospital, officers made contact with Vincent Brooks of Estate Hope who was being treated for the injuried he sustained during the stabbing incident.

After being treated at the hospital, Brooks was  subsequently released.

No further information about the circumstances of the stabbing were provided by police.

The matter is under active investigation by police. The case is being handled by the Criminal Investigation Bureau.