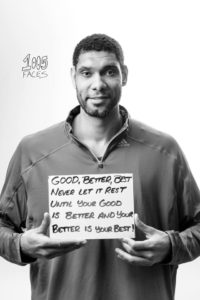 SAN ANTONIO — Just four days after the his retirement announcement nearly broke the Internet, St. Croix’s Tim Duncan filed a lawsuit against two Texas real estate agents and the firm they work with saying they used his image without permission.

Duncan, who hung up his sneakers on July 11, filed suit on Friday against a Keller Williams real estate agent who he says altered a photograph of himself to promote their real estate business.

The photo at the center of the litigation was taken by San Antonio photographer Sarah Brooke Lyons for her “1005 Faces” project, which features portraits of Alamo City residents holding signs expressing personal thoughts.

Duncan’s expression is about what you’d expect: “Good. Better. Best. Never let it rest until your good is better and your better is your best!”

According to the lawsuit, Elder, Graham and two unknown individuals altered that photo to promote Elder’s real estate business by removing the original text and replacing it with the logo for Elder’s business and a website address. Here’s what the post, which has been taken down, allegedly said: “Wow! Just Wow! TD took the time to give us some love! Thanks Tim! We love you too man!”

Duncan alleges Elder and co were taking advantage of his retirement decision to capitalize on the high regard San Antonio residents have for the power forward and misappropriated the image for profit.

Duncan has requested a temporary restraining order in court. 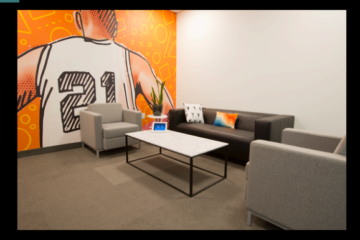 500 Hulu Workers Will See Mural of St. Croix’s Tim Duncan Every Day When They Go Into Work in San Antonio 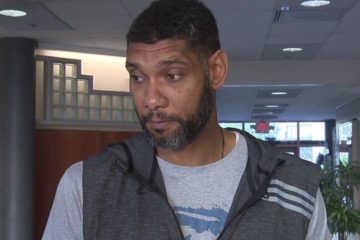 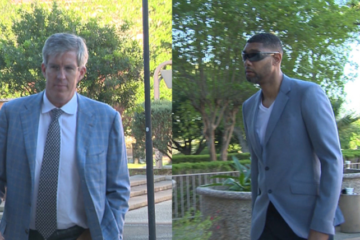