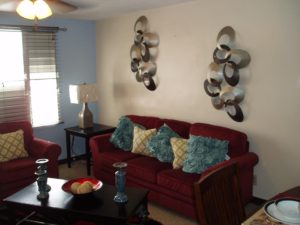 FREDERIKSTED — A woman said that when she came home from work and was about to enter her apartment in Mutual Homes she was repeatedly hit with a baseball bat and robbed of her cash and jewelry.

The 911 Emergency Call Center dispatched police to Mutual Homes at 8:50 on Wednesday with a report of a robbery first-degree, according to the Virgin Islands Police Department (VIPD).

Police made contact with a woman who said that as she entered her building she was attacked by an unknown black person wearing all black clothing and a hoodie over his head, the VIPD said.

The woman said that the man struck her at least three times with an aluminum baseball bat and grabbed her jewelry from around her neck and took her cash.

The woman sustained injury to her knee and leg area of her body and bruises on the back of her neck, police said.

She was transported to the Juan F. Luis Hospital by ambulance.

For an audio reading of this news story by VIPD spokesman Glen Dratte please press play below:

PSYCH! St. Thomas' Hannah Davis Will Marry Derek Jeter This Weekend ... After All