ROAD TOWN, Tortola — British billionaire Richard Branson says he was certain he was going to die in a biking accident in Virgin Gorda earlier this week in which he injured his cheek and tore some ligaments.

The Virgin boss, who has built a vast business empire and is known for his daredevil stunts, said the accident happened when he was cycling with his children, Holly and Sam, and hit a bump in a road on the British Virgin Island famous for “The Baths” rockscape.

“I was heading down a hill towards Leverick Bay when it suddenly got really dark and I managed to hit a sleeping policeman hump in the road head on,” the 66-year-old wrote in blog post. “The next thing I knew, I was being hurled over the handlebars and my life was literally flashing before my eyes.”
The world-famous entrepreneur credited his bicycle safety gear for saving him from worse injuries.

“I really thought I was going to die,” Branson said. “I went flying head-first towards the concrete road, but fortunately my shoulder and cheek took the brunt of the impact, and I was wearing a helmet that saved my life. My bike went flying off the cliff and disappeared. We’ve since recovered the crumpled bicycle, completely destroyed. My cheek has been badly damaged and my knee, chin, shoulder and body severely cut.”

Sir Richard said his assistant, Helen, was first on the scene as he was “lying prostrate on the road” and then another member of his team, George, “sprinted from the bottom of the hill” to assist.

He travelled to Miami for body x-rays and brain scans, and described himself as “extremely fortunate” to have only suffered a cracked cheek and torn ligaments.

He was riding his bike as training for next month’s Virgin Strive Challenge, an endurance event from the base of the Matterhorn in the Alps to the summit of Mount Etna in Sicily, Italy. He said he still hopes to take part in the event.

The crash happened on Monday, the day before Branson’s Twitter account posted CCTV images appearing to show Labor leader Jeremy Corbyn walking past empty unreserved train seats before he was filmed sitting on the floor complaining about “ram-packed” carriages on a Virgin Trains service.

It was also the fifth anniversary of the fire which destroyed his luxury home on Necker Island.

“What a way to mark it!” Branson joked. “My attitude has always been, if you fall flat on your face, at least you’re moving forward. All you have to do is get back up and try again. At least I’m practicing what I preach – though a little too literally!”

He said he has “been in the wars” this year, twice knocking his teeth out playing tennis, being “kissed by a ray” while swimming and running into a bulletproof door.

Branson added that he had experienced “many brushes with death, not least in my ballooning adventures.”

From 1995 to 1998 he made several attempts to circumnavigate the globe by balloon with Per Lindstrand and Steve Fossett.

He has set a series of aviation and nautical adventure records, although he failed — despite numerous attempts — to become the first person to circumnavigate the globe non-stop in a balloon.

These exploits brought Branson close to tragedy in 1998 when he and his co-pilot had to ditch their balloon in the Pacific Ocean after low pressure forced the craft down.

His Virgin Galactic space tourism venture suffered a setback in 2014 when a fatal explosion brought down its SpaceShipTwo, killing its co-pilot.

Branson is known as a campaigner for drug law reforms and a string of environmental initiatives.

He was also a key voice in favour of Britain staying in the European Union in the June 23 referendum.

Branson has owned a paradise island getaway since 1978 in the British Virgin Islands — a tax haven.

“My biggest hardship is having to drink tea out of a straw,” he opined. 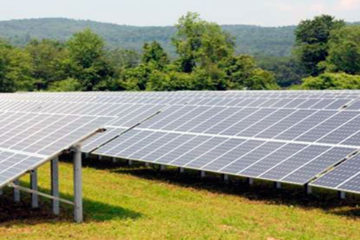 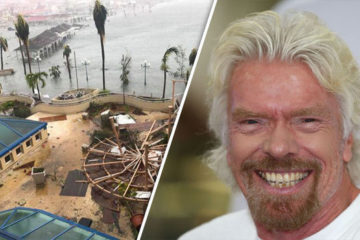