Edward ‘Prince’ Galloway Was A U.S. Army Veteran, Besides Being A Local Hit Maker 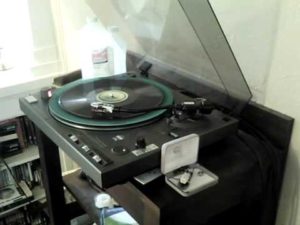 CHRISTIANSTED — One of the most memorable calypso songs of days gone by was “Archie Buck Dem Up,” written by St. Croix calypsonian Prince Galloway.

The song celebrated great Virgin Island bandleader Archie Thomas (1919–2002) and it went on to be one of the most popular songs of its time, performed throughout the Caribbean diaspora by many different artists under several different titles.

It was also recorded in Brooklyn by the Fats Greene Orchestra and later by jazz great Don Byron. Archie Buck Dem Up remains a beloved calypso classic today, but one whose origins are somewhat of a mystery.

The calypsonian Edward “Prince” Galloway (born 1937), is a native of St. Croix. Galloway came to New York in 1953 as a teenager to live with his father in the Bronx.

After a two-year stint in the U.S. Army he came back to the Bronx, took a job as a hospital worker, and around 1957 began singing in the chorus of Lord Invader’s calypso band.

Galloway eventually ventured off on his own, singing calypso in front of various Manhattan-based Caribbean orchestras led by Milo Francis, Fats Greene, Burt Samuel, and Claude Brewster. He moved to Brooklyn and then Jersey City in the early 1960s, then back to the Virgin Islands in 1966.

Around 1975 he returned to the United States, residing in Jersey City where he continued to sing while studying refrigeration repair. In 1978 he moved once more to the Virgin Islands where he maintained his permanent residency in St Croix and became a mainstay in the island’s calypso scene.

Galloway was residing in Jersey City in 1965 when he had a flash of nostalgia for home. He sat down and wrote a tribute to the Virgin Island bandleader Archie Thomas and a local dance called the “buck up,” whose name may come from Buck Island just off the coast of St Croix. Returning home in December of that year he premiered the song, Archie Buck Dem Up, at a local calypso contest.

The song’s protagonist, Archie Thomas, nicknamed “Tarco”, grew up taking piano lessons from his father, a noted church organist. He moved on to play baritone sax in Frederiksted Century Brass Band before joining his brother Wesley’s band, know at various times as the Rhythm Makers and the Wesley Thomas Combo.

When Wesley went into the Navy it became Archie Thomas and his band. These ensembles recorded a number of singles and albums and played at night clubs and hotels all over the Virgin Islands where they were best known for their long-time gig at the St Croix by the Sea Hotel.

Thomas was not just a performer but a teacher, offering instruction on a wide range of instruments at his Archie’s Music Association that aimed to teach “boys in trouble who would like to learn to play an instrument.”

Not long after bringing the song to St Croix, Galloway gave Thomas permission to record the piece. It was soon picked up and recorded by other artists in the Caribbean including Trinidadian band leader Ron Berridge, the Merrymen of Barbados, and the Trinidadian calypsonian Lord Creator who was based in Jamaica.

Another Jamaican recording by “King Striker” was arranged by guitar virtuoso Ernest Ranglin. Additional reports suggest that the song was used as a road march in Trinidad Carnival although it was thought of as risqué with the slurring of the title. Indeed, a touch of the song can be heard in Rasta Shake Dem Up by Peter Tosh and the Gaylads also from this time period.

It sometimes is recorded as just Archie or with the composer credit incorrectly listed as Archie Thomas. The song has also been popular with various steelbands in the Caribbean and Europe, first recorded by the Katzenjammers in Trinidad.

Upon returning to the United States in early 1966 Galloway took the song to Camille Hodge who owned Bulrand Records located at 975 Prospect Avenue in the Bronx. Hodge had been doing promotional for Caribbean dances in New York before launching his own record company, CAB Records, which he renamed Camille Records in mid-1960s.

Galloway had released a couple singles on CAB and naturally wanted to record the song himself. But following a falling out between the two, Hodge had the popular Fats Greene Orchestra record the piece, using Trinidadian vocalist Al Thomas (no relation to Archie), rather than Galloway, as the lead singer. The Fats Greene Orchestra was a very popular Caribbean dance ensemble that formed out of the musicians who had played with Macbeth shortly after the legendary calypsonian died 1958.

Hodge and Greene changed Galloway’s original title from Archie Buck Dem Up to Fats Shake ‘M Up. The lyrics were modified to celebrate dancers jumping up in Harlem’s Renaissance Ballroom (rather than in the Hideaway in St Thomas that is referenced in the original) and to shout out Greene and other members of his band including vocalist Al Thomas and saxophonist Pritchard Chessman.

The 1966 Greene recording rocked along with a rhythmic drive reminiscent of the Archie Thomas original, but Al Thomas’s vocal was smoother with a less pronounced island accent than the original St Croix recording.

Initially Hodge wasn’t so sure about the record as he recounted in an interview for the Other Sounds website.

“I took this particular record to Claude ‘Fats’ Green and I said, ‘Fats, listen to the lyrics of this song. It’s talking about the West Indies. It’s a good beat but we need to change the lyrics so people in New York can relate to it.

“Fats was a fantastic musician, by the way, and every member of his band could read music. We got to the studio and this was the first time the musicians in the band had seen the song. They started playing and believe it or not, I didn’t like it. I didn’t think it was Caribbean enough.”

But in the end the song became a huge hit in New York after Hodge was successful in getting it into rotation on the local R&B radio stations WLIB and WWRL. Fat’s Shake ‘M Up was Camille Records’ one and only crossover hit. While exact numbers are near impossible to calculate, Hodge noted that he ordered an initial pressing of 5,000 (ten-fold more than he would usually order for a calypso record).

Moreover a July 1966 advertisement in Billboard Magazine described the piece as a “Smash Hit in New York. Sold over 50,000.” Galloway was given a co-authorship credit along with Hodge, and received a small royalty payout. Fat’s Shake ‘M Up was the title track for Greene’s album that Hodge eventually issued on his Camille label in 1973.

Ironically decades would elapse between the time that Galloway wrote the song and his own initial recording of the piece under the title Archie Buck Me Up. Galloway sings on top of a rollicking soca arrangement by Leston Paul who he shouts out half way through the piece.

He goes on to chronicle the song’s history, noting his own early NYC and St Croix performances along with other artists who had recorded it: “New York City, where I first sang Archie. Bert Samuel he play, he accompany me. Then I come to St Croix, filling homeland with joy.” Ron Berridge, the Merrymen, them Caribbean boys.

Galloway apparently realised that his connection to his own composition was not well recognised, nor did he ever reap any significant financial rewards as a result.

One of the more recent twists in the song’s fascinating history is its appearance on an album by the renowned American jazz clarinetist Don Byron, Jr. Byron’s father, Don Byron Sr, was the bassist for the band that played on the original Fats Greene recording back in 1966.

Byron Jr recorded his own version of the piece, Shake Em Up, for his 2001 You are #6 album as a tribute to his father and his Caribbean heritage. The vocalist for Don Byron’s version was calypsonian Keith Prescott AKA Designer, now known as “Keet Styla.”

Despite its long and unusual history, Prince Galloway’s Archie Buck Dem Up remains one of the most popular calypsos of its day, originally performed in an upbeat dance style that was a clear precursor to the soca music of the 1970s and 1980s. 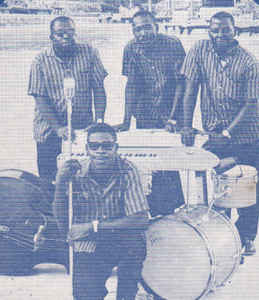 It's National Rum Day ... So Drink Up! It's Good For The Local Economy

Edward ‘Prince’ Galloway Was A U.S. Army Veteran, Besides Being A Local Hit Maker