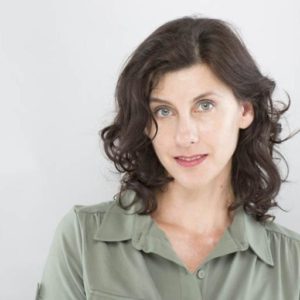 By MELANIE MYERS/Special to the V.I. Free Press

NEW YORK — When music artist Kehlani posted photos of herself after her suicide attempt on Instagram, she was bombarded with backlash on the post itself as well as on Twitter and other social media outlets.

Some users, mainly those of her primarily black fan base, called her “selfish” and an “attention-seeker.” Singer Chris Brown tweeted that “there is no attempting suicide. Stop flexing for the gram.”

This aggression is the result of a stigmatized, biased understanding of mental health in the black community, which stands as one of the many causes for a heightened rate of suicide and suicide ideation among black teenage girls, according to Sean Joe, an expert on suicide in the African American community.

“The hardship black women have endured is almost intrinsic to the black American experience and has led women and girls to have to take on a role of ‘superwoman’,” he said in a phone interview. “Though to be super resilient, we must realize we are human.”

Next month, Joe’s findings on the need for depression testing in all urban teens with psychological distress will be published in Children and Youth Services Review.

More recently, in June, teen suicide rates overall were found to be rising fast, surpassing homicide as the second leading cause of death.

Against this backdrop, girls of color who have struggled with depression shared their thoughts about what makes their lives seem so hard at times, particularly when parents don’t offer support and understanding.

For Val Toro, a 17-year-old New York City resident, her depression, body dysmorphic disorder and borderline personality disorder were compounded by the societal racism she experienced.

“Bullying rooted in racism, the growing pressure to look like white celebrities, the more dangerous it’s becoming to even live as a person of color….all of these things can really weigh a big burden on someone, and that’s a lot for a kid to handle,” she said in a Skype call.

Her illnesses plagued her for years before her parents would agree to get her help. She said it is worse “when our parents refuse to help us or get us medication because ‘you’ll get over it. I suffered a lot back in Venezuela when I was your age.’ Some of us start thinking there’s only one thing that’ll get us out of this forever and it’s usually something terrible,” she said, referencing suicide.

Lack of parental support was also an issue for Jasmine Lahori. By the time the Chicago native was able to access care on her own at Marquette University in Wisconsin, where she is a sophomore, she was having suicidal fantasies. She’s been diagnosed with post-traumatic stress disorder, borderline personality disorder and general anxiety disorder.

“The added pressure of existing in primarily white-friendly surroundings and being exposed to the constant praise of white standards of pretty much everything can make a kid feel hopeless,” she said in a Skype interview. “I compared myself all the time to white kids while I was growing up, and it made me feel like an outcast.”

Oné Grant, a St. Croix native, had a friend whose parents, when learning of their daughter’s depression and self-harming, responded with shame and disgust rather than compassion. To her, the problem lies within systematic racism in the United States, which determines the difference in the way mentally ill white children and black children are represented in society.

“White kids diagnosed with mental illnesses are heard of often and shown a lot in the media and on the news. But kids of color rarely come to light, and are seen as defective or something,” the 16-year-old said in a Skype interview from her home in Christiansted. “White kids get treatment, black kids get boxed into stereotypes and preconceptions.”

“Black girls are supposed to be loud, strong, in your face. They aren’t supposed to suffer,” she added.

This double standard was studied by Lorenzo Lorenzo-Luaces, a graduate student in the University of Pennsylvania clinical psychology Ph.D. program who found that minority “populations are less likely to receive mental health care than white [people]. When they do receive care, it is usually of lesser quality.”

“POC [People of color] are less likely to think they can afford or even need mental health care, and when the legitimate need for it does arise, they force themselves to ‘embrace’ the bad. Black women especially are reminded to turn to God for help, be ‘strong’ and keep moving on in life,” said Lahori, the University of Marquette student. “And when our parents don’t believe us, neither do other people. Black girls are ‘aggressive,’ so my social anxiety is taken as me having an attitude.”

But while many girls themselves have strong ideas about the source of worsening suicide rates among girls of color, experts are grappling with a myriad of possibilities.

Joe, a professor of social work at Washington University involved in the 2009 National Institute of Mental Health research, said a lack of parental understanding of mental illness in their children can cause them to admonish rather than assist their children when they show signs of depression, anxiety and other disorders.

“Parents tend to interpret children’s experiences as their own failures rather than seek out help and break the silence caused by the stigma built up in the black community. Mental health services and education for parents and the girls should be more readily available in the black community,” he said. “Prayer is helpful, but you can’t pray away depression and ‘snap out of it;’ it takes work, understanding and support.”