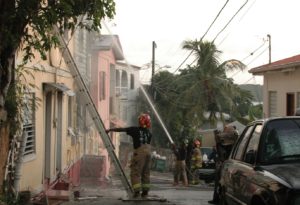 CHARLOTTE AMALIE — A two-alarm fire kept firefighters busy most of the day near the downtown area when a three-story building caught fire in the south of St. Thomas.

Fire personnel commenced firefighting operations and confined the fire to the lower apartment.

Within 30 minutes, the fire was extinguished and Fire Services personnel conducted salvage and overhaul operations, which included searching the structural debris for any signs of hidden fires and hot spots.

The lower apartment, a one bedroom efficiency, received significant smoke and water damage.

After conducting a safety inspection on the structure, all units on scene returned to their duty stations at 5:25 p.m.

This fire is presently under investigation by the St. Thomas/ St. John Arson Prevention and Investigation Unit.

When Will Police Reveal Details Of VIPD Love Triangle That Led To Two Officers Brutally Murdered? 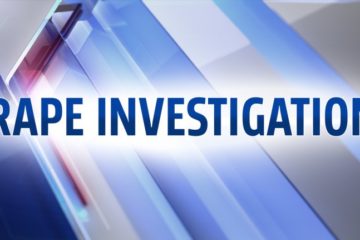 Texas Woman Who Follows Man From Puerto Rico To His Home In St. Thomas Tells Police She Was Raped