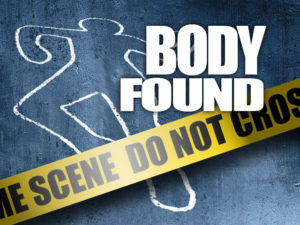 FREDERIKSTED — A concerned citizen put on the alert by a foul smell discovered a dead body on an abandoned property in Estate Whim on Thursday afternoon, according to police.

The 911 Emergency Call Center dispatched police about 12:02 p.m. Thursday to investigate a “suspicious odor” in Whim at a house where a man had been squatting, Virgin Islands Police Department (VIPD) spokesman Glen Dratte said.

The concerned citizen led police to the body of a black man who had been living in the abandoned building lately, Dratte said.

Police confirmed that the man, who was found in the house lying on a mattress, was in fact deceased.

The Forensic Team processed the scene the scene for clues. No determination has been made yet as to whether the dead man met with foul play.

Officials with the  V.I. Department of Justice transported the man’s body to the Juan F. Luis Hospital where he was officially pronounced dead.

The case has been referred to the Criminal Investigation Bureau for further investigation.

For an audio reading of this news story by Dratte, please press play below: