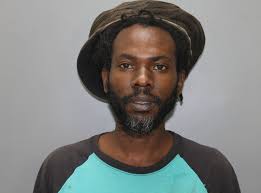 CHARLOTTE AMALIE – Prosecutors will be refiling charges against James E. Nibbs, Jr after his trial ended in a hung jury late Friday morning.

After hearing two days of testimony and after deliberating for five hours, jurors returned to the courtroom just before noon and announced to V.I. Superior Court Judge Denise Francois that they were deadlocked.

During the course of the trial, which began Wednesday morning, several witnesses, including the victim, Erline Roach, took the stand to testify on the prosecution’s behalf.

Roach told jurors that she took her car to Cliff Tonge to be repaired. Nibbs was also working at the same mechanic shop at the time. Roach said she paid Tonge $700 before he did the work, but after she retrieved her vehicle, she noticed that the work on her car was not completed. She called Tonge to tell him that she was still experiencing problems with the car.

Prosecutors relied on that voice message to prove their case against Nibbs. The voice, which sounded like a man’s, demanded money from Roach, then threatened to burn something.

Roach, who said she knew Nibbs and had heard his voice at least four times on the telephone and three times in person, said she recognized the voice on the recording as Nibbs’.

Tonge, who also offered testimony, stated that he has known Nibbs for about 14 years. After listening to a replay of the voice message inside the courtroom, Tonge told the court that it was Nibbs’ voice on the recording.

According to an affidavit filed by police detective, Alex Dorsett, Roach told police that on Oct. 10, 2015, Nibbs left a message on her mobile phone that he wanted his money or else he will come and burn her vehicle. Then, on Dec. 8, 2015, at about 12:30 a.m., Nibbs went to the Mariel C. Newton Command and reported to a

police officer that he just burned a vehicle in the Frydenhoj area. On that same day at about 6:30 a.m., Roach called 911 and reported that someone burnt her vehicle.

During Nibbs’ arrest on Jan. 21, Dorsett played the voicemail recording that was left on Roach’s cellular phone and Nibbs said, “I didn’t mean the message; I was just upset at the time,” Dorsett wrote in his affidavit.

Liberty Says Improvements To Its Mobile Network, Infrastructure Are In The Works