PUT DE DIME BAG IN DE COCONUT AND CALL ME IN DE MORNING: Jamaican Man Tried To Smuggle $525K Worth Of Cocaine Through Gatwick Airport As Coconut Milk Powder 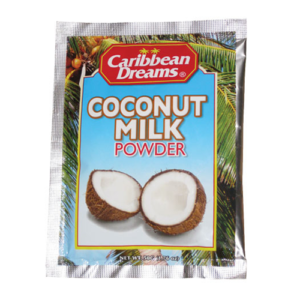 LONDON — A Birmingham man was arrested as he tried to smuggle cocaine with a street value of $525,966 into the UK disguised as coconut milk powder.

The drugs were discovered when the men left a flight from Jamaica after it had landed at Gatwick Airport last Thursday.

The 37-year-old passenger, originally from Jamaica but now living in the Birmingham area was stopped by Border Force officers after arriving from the Caribbean resort of Montego Bay.

The drugs were allegedly found stashed in a suitcase, concealed in packages which were labelled as coconut milk powder, but which tested positive for cocaine.

The man was arrested on suspicion of importing a Class A drug and bailed pending further inquiries. The National Crime Agency is leading the investigation.

Sue Young, Border Force South director, said: “Border force officers are the frontline in preventing dangerous class a drugs from ending up on the streets of the UK, damaging our communities and destroying lives.

“Using their skill and expertise, officers seize drugs worth hundreds of million of pounds every year.

“Working with law enforcement colleagues like the National Crime Agency (NCA) we are determined to prevent drug trafficking and bring those responsible to justice.”

Zika Virus Is A 'Stealth' Disease ... You Might Have It And Not Even Know It

PUT DE DIME BAG IN DE COCONUT AND CALL ME IN DE MORNING: Jamaican Man Tried To Smuggle $525K Worth Of Cocaine Through Gatwick Airport As Coconut Milk Powder