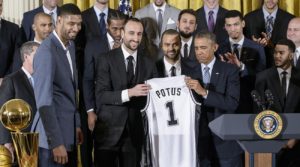 In a 1998 interview with ESPN’s Dan Patrick, Duncan said that he is not really impressed with anyone, including NBA legend Michael Jordan.

“I’m just somebody that isn’t that impressed by him (Jordan),” Duncan said. “There really isn’t anybody in the world I’m impressed with.”

And Duncan proved it recently by turning down an invitation from the most powerful man in the world — President Barack Obama.

According to Sports Illustrated‘s Deantae Prince, Duncan’s former San Antonio Spurs teammate Bruce Bowen said the recently retired star turned down the personal invitation from the President Barack Obama to attend the 2016 Summer Olympics in Brazil as his guest.

Bowen, who is in Rio for the 2016 Olympics with NBA House, told SI.com that Duncan had a chance to make the trip as well.

According to a person with knowledge of Duncan’s schedule, the former NBA star had just returned from two weeks of traveling out of the country when the invitation came.

Duncan decided the turnaround to go to Brazil would be too short, and he wanted to spend time with his family.

Ever polite, the St. Croix native expressed his thanks to the White House and said he was honored for the invitation. The person spoke on the condition of anonymity because of the private nature of the subject.

“Tim, his legacy is always going to be more of the foundation guy in San Antonio and a guy that wasn’t ever concerned with the limelight,” Bowen told SI.com, “but more importantly concerned with others, making sure that they could really reach the most out of their potential.

Only someone with the status and cache of Duncan could turn down the president’s invitation and come out of it with no negative blowback.

“It’s not often you find individuals like that. And it’s funny that he was offered an opportunity to fly here with the President of the United States, and he discussed it with me and I’m like, ‘You’re going, right?’ He was like, ‘You know I’m not about that stuff.’ Even that moment where you’d say, ‘I sure would like to be a part of that,’ it doesn’t happen with Tim because he’s not concerned with that stuff.”

So not even the president could get Duncan from being blasé about most things … a man not afraid to commit a social faux pas of the most serious order.

“The Big Fundamental has some balls turning down an invitation from the President of the United States,” GQ Magazine wrote about the Crucian’s social faux pas.

St. Thomas' Akeel Morris Called Up To The Big Leagues By The Atlanta Braves 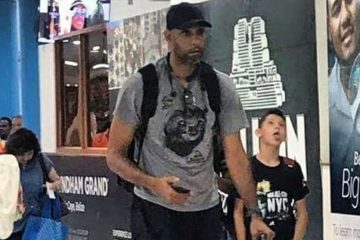 St. Croix’s Tim Duncan Takes His New Family of 5 on A Caribbean Vacation … To Belize