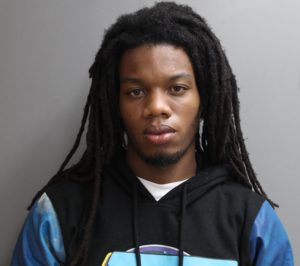 FREDERIKSTED — A St. Croix man wanted for a meat market murder in early 2011 has been returned to the territory after alert police on the U.S. mainland captured him.

On November 4, Mario Daniels Jr., 24, was arrested on a bench warrant issued by a Superior Court Magistrate for third-degree assault, and first-degree reckless endangerment, according to the Virgin Islands Police Department (VIPD).

Daniels was wanted for an incident that took place in Frederiksted in early 2016, the VIPD said.

But other charges against him — including first-degree murder — appear to have been dropped due to professional incompetence in the Virgin Islands Department of Justice — now headed by Attorney General Claude Walker.

The information about Daniels’ Friday arrest was transmitted by the VIPD to the Virgin Islands Free Press at 12:29 p.m. on Sunday.

Before the warrant was secure, Daniels fled the territory and was picked up on a traffic stop in Tampa Florida, through NCIC (National Crime Information Center), police said.

Daniels was held in Tampa until he Waived Extradition and was returned to the Territory on Friday November 4, 2016.

“The Virgin Islands Police Department will continue to implement the further use of technology in both its crime prevention and apprehension efforts,” Police Commisioner Delroy Richards Sr. boasted after mainland police accomplished what local police couldn’t do. “NCIC  is a computerize [sic] central  database of documented criminal justice information available and serves as the lifeline of  virtually every law enforcement agency in the united states 24 hours a day.”

Daniels, formerly of the Marley Homes housing project, was remanded to the Golden Grove Adult Correctional Facility. Unable to post $125,000.00 bail, he is being held there pending an advice of rights hearing on Monday in Superior Court.

On March 31, 2011 Daniels and another suspect were implicated in the first-degree murder/robbery of two men at the Two Brothers Meat Market on Prince Street in Frederiksted.

Daniels and N’kosi Parris, formerly of Wheel of Fortune, were each arrested hours after a Frederiksted store owner was shot dead and another person was seriously wounded, according to police records.

Parris was described in published reports as being a tall man who “towered over” stunted attorneys and marshals in V.I. Superior Court in 2012.

The then 21-year-old Parris was dressed in a Corrections Bureau red outfit as he stood before Judge Harold Willocks to be advised of his rights on a second murder charge in just over a year.

The lanky young man, who spoke in a soft voice to answer questions asked by the judge, is being charged with second-degree murder, second-degree aggravated rape, aggravated child abuse, child exploitation and possession of a dangerous weapon during the commission of a crime of violence in connection with the Jan. 25, 2011, beating and murder of 16-year-old Jamal Richardson.

According to police, Richardson’s body had signs of obvious trauma when he was found dead in an unfinished Frederiksted church, but they would give no further details and the affidavit filed in court by Detective Dino Herbert – that provides additional information about the circumstances surrounding Richardson’s death, the police investigation and Parris’ arrest – has been placed under seal by order of Presiding Judge Darryl Donohue. This practice is used in cases where the court believes that granting public access to the information could jeopardize the ongoing investigation.

Since the information in the case has already been filed, Public Defender Nullissa DeWese went ahead with the arraignment hearing, where Parris was formally charged with the crimes. She entered a not-guilty plea on his behalf and asked the court to set a jury trial in the case.

Willocks entered the pleas for the record and said the case had been assigned to Donohue and a calendar call hearing would be held August 20 while a tentative date for the jury selection and trial in the case has been scheduled for 9 a.m. September 4.

At the time of Parris’ arrest on Wednesday, St. Croix Police Chief Christopher Howell said the crime has been under active investigation since it occurred and police were only able to solve the case because of information detectives received from residents.

Howell said police were able to secure an arrested warrant for Parris based on DNA test results received this week.

Howell would not say whether other arrests are expected, but said the case remains under investigation.

Police said Richardson had run away several times from the Estate Sion Farm home he shared with his grandmother, but on Jan. 18, 2011, he left and never returned. The teenager’s body was discovered days later, inside the unfinished shell of a Wesleyan Church in Estate Two Brothers, with signs of “obvious trauma” to his body, police said.

When Parris was arrested, he already was in the custody of the Corrections Bureau at Golden Grove in connection with a killing that took place just two months after Richardson’s death.

Police said the two men who have been arrested, and a third person, went to the market to carry out an armed robbery and Parris was the one who shot and killed store owner Munif Awawda, 33, who was sitting behind his counter. A second man, who came in during the robbery, was shot and seriously wounded.

Bail for the men in the Meat Market slaying was set at $1 million which they have not been able to post. The men have pleaded not guilty to the charges against them.

Willocks said Thursday that Parris has gone through about four different attorneys in the Meat Market case and defense attorney Martial Webster has been recently appointed to represent him. He said he will appoint Webster to represent Parris in the Richardson case as well.

Bail in the Meat Market case had been set at $1 million and bail in the Richardson case has been set at an additional $1.5 million.

With the investigation still open, police ask that anyone with information can call police at 911 or the Crime Stoppers anonymous tipline at 1-800-222-8477.

In May of 2014, Parris was accused by Virgin Islands Bureau of Corrections officials of stabbing fellow prison inmate Jermaine Ducreay.

To hear an audio reading of the Daniel arrest part of this news story read by VIPD spokesman Glen Dratte, please press play below: 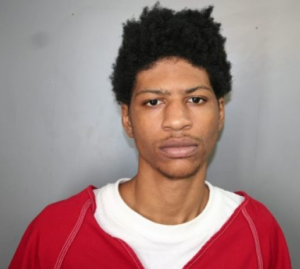 ACCUSED DOUBLE MURDERER NOW ‘TOWERING’ IN GOLDEN GROVE PRISON AFTER BEING CONVICTED OF MUCH LESSER CHARGES AFTER THE INEPT AND INCOMPETENT V.I. DEPARTMENT OF JUSTICE BUNGLED THE CASES AGAINST HIM: N’KOSI PARRIS

Attorney General's Office Cracks Down On Economic Crime ... Eight Arrested And One Wanted