MAPP FLAP: I’ll Take Bungling VIPD Off Baby Killer Case And Ask The Feds To Sort Out Rampant Drug Crime Under My Administration 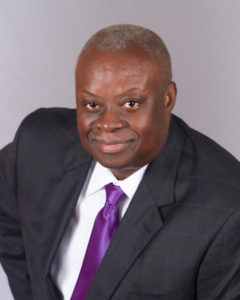 TELLING QUESTION: How many Virgin Islands babies will have to be shot to death by drug gangsters before Gov. Ken Mapp fires always late-to-work Police Commissioner Delroy Richards Sr?
CHARLOTTE AMALIE — Authorities here said Thursday that an 18-month-old Contant Knolls girl was shot and killed while riding in a private vehicle in St. Thomas on Wednesday night.
Embattled Gov. Kenneth E. Mapp said that the government is willing to pay a $10,000 reward to anyone who provides information that leads to an arrest in the case.
Mapp said that “suspects” are being sought by an ineffectual VIPD. So far, no one has been arrested in connection with the fatal infant shooting.
The one-term governor, who has faced widespread criticism for his lax, hands-off and inefficient approach to rampant drug crimes and assassinations in the territory, said that the shooting of the unidentified child took place just minutes before 10 p.m. on Wednesday.
Official reports indicate that the driver of the vehicle in which the baby was slain was also injured in the incident, but remains in stable condition according to Schneider Hospital officials.
Mapp has stated publicly on the record that drug crimes and murders here in St. Thomas, St. John and St. Croix will increase before they begin to decrease. But he has offered no concrete solutions to the spiraling crime problem here … or any of the other multitudinous problems that exist in the territory.
With an ineffective police department headed by septuagenarian Police Commissioner Delroy Richards Sr., Mapp said he has asked federal authorities such as the FBI to step in and give under-qualified VIPD detectives a hand with the case.
By asking for help from the federal government in this case, the governor is all-but admitting that his hand-picked choices to run the VIPD are incapable of handling the investigation that is being watched closely by the media nationally and by domestic violence organizations locally.
MEDIA WHORE, POP-UP INTERNET NUISANCE LIKE A MOTH TO A FLAME
Mapp seems to relish the media spotlight, and the more any given tragic situation has seemed to cry out for a Virgin Islands leader who appeared sincere, caring and sympathetic and “in-the-moment” — the more the governor has awkwardly, single-mindedly and niggardly grabbed for the press conference podium microphone in a shameless attempt to try to steer the focus of attention back on himself.
Beginning with the Terminex poisonings of a four-member Delaware family in March of 2015 in St. John when he tried to draw attention back to himself by announcing live on CNN that his own condo at Coakley Bay in St. Croix had been allegedly sprayed with methyl bromide … the tragedy that befell Steve Esmond, Theresa Devine and their two sons at the Sirenusa Resort had nothing to do with the governor … but you couldn’t convince Ken E. Mapp of that!
In August, when two St. Croix police officers were tragically murdered by a fellow police officer on a Ham’s Bluff beach — an obvious situation for Commissioner Richards and Attorney General Claude Walker to address the public — Mapp again jumped to the podium at Government House front and center to wrest the media spotlight away from the legitimate law enforcement representatives in the territory and attempt to shift the focus of the media off of the grisly love triangle gone bad — and back on himself.
Mapp used much of that press conference to profess his innocence and non-participation in one of his security detail’s attempts to smuggle nearly 50 pounds of high-grade cocaine from the territory onto the U.S. mainland by using his legitimate law enforcement credentials to bypass federal transportation authority screeners at the St. Thomas airport.
No one wanted to hear about Mapp’s private legal battles (whether real or imagined) … yet Mapp the uneducated, obese narcissist was there again … talking about Mapp, while the good people of the territory were trying to make sense of the terrible tragedy that had just taken place for two police officers and their grieving families.
EYEWITNESSES SAID THE BABY DIED IN HER MOTHER’S ARMS
Now with the killing of the 18-month-old girl in a St. Thomas housing project, Mapp has again put himself front and center, hoping to bask in the media attention — and use yet another despicable tragedy — to try to point the TV cameras, radio mics and reporter’s eyes to the only story the governor feels is necessary to cover … him! Because to Kenneth Ezra Mapp …. it is all about Mapp.
And every incident that occurs in St. Thomas, St. John and St. Croix that draws national media attention is apparently viewed through the myopic prism of the governor’s peanut brain as yet another opportunity to grab the spotlight, and try to divert attention from the dire subject at hand to the only thing that really matters to Mapp … and this is of course, Mapp himself.
Tags:Federal Bureau of Investigation (FBI)Gov. Kenneth E. MappPolice Commissioner Delroy Richards SrVirgin Islands Police Department (VIPD)
Previous post

Norman, The Brown Booby, 'Back Where He Belongs' After Errant Trip To The Frigid U.K.

MAPP FLAP: I’ll Take Bungling VIPD Off Baby Killer Case And Ask The Feds To Sort Out Rampant Drug Crime Under My Administration