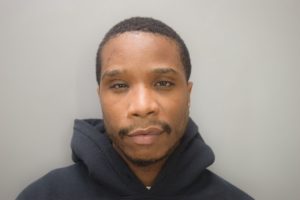 CHARLOTTE AMALIE — As reported in the territory exclusively by the Virgin Islands Free Press on November 30, Treson Stephens was arrested on a warrant issued by the Superior Court.

Treson Stephens was identified as the third individual involved in the fatal shooting of 22-year-old Shacoi Benjamin just outside the former Blitz Night Club on October 19, 2014.

Treson Stephens, 25 of Bergs Home was extradited from the state of Tennessee after he was detained by Tennessee Police. Treson Stephens waived extradition and was brought back to St. Thomas to face charges of Murder in the 1st Degree, Assault 1st Degree, Possession of an Unlicensed Firearm, Reckless Endangerment, and Aiding and Abetting. Treson Stephens is being held pending his Initial Hearing.

In other crime news, the VIPD reports that on Saturday, December 10, 2016 Ron Kuntz was arrested on a warrant issued by the Superior Court of the Virgin Islands.

The VIPD did not provide a photo of Kuntz and the V.I. Freep could not find one online.

Ron Kuntz, 42 of Estate Tutu was apprehended and detained in Tempe, Arizona after a routine traffic stop. Arizona police discovered there was an outstanding warrant for Mr. Kuntz from the U.S. Virgin Islands for armed robbery.

Ron Kuntz and other individuals were identified as being responsible for the armed robbery of Gems & Gold Corner on September 16, 2013. Kuntz waived extradition and was returned to St. Thomas to face charges of Robbery 1st Degree, Robbery 2nd Degree, Grand Larceny, Assault 1st Degree, Assault 3rd Degree, Destruction of Property, and Aiding and Abetting.

Bail for Kuntz was set at $150,000.00 and unable to post bail, Ron Kuntz was remanded to the Bureau of Corrections, pending his Advise of Rights Hearing.

Through the use of the National Crime Information Center the Virgin Islands Police Department (VIPD) continues to bring criminals to justice for crimes committed locally and abroad.

“The goal of VIPD is to make the Virgin Islands a safer place by ensuring the safety of our citizens, reducing crime, and building trust within our community,” the police department said anonymously, quoting no one in the VIPD.

Anyone who has any information about any crimes in the territory is asked to contact the Virgin Islands Police Department at (340) 774-2211 or the Criminal Investigation Bureau at (340) 714-9801.