THE VALLEY — In 1967, when Britain was shedding the vestiges of its empire, Ronald Webster emerged as the George Washington of the tiny island of Anguilla — in reverse. He plotted a revolution to embrace the mother country rather than to break with it.

London nation-builders had envisioned an independent federation that would formally join Anguilla in association with two other former island colonies, neighboring St. Kitts and Nevis. But Anguilla wanted to go it alone.

After demanding to be severed from the federation, Webster, as the island’s leading political figure, did the unthinkable: He all but insisted that Parliament declare Anguilla a British dependency again.

His defiance of the federation — Anguillans actually issued a declaration of independence — prompted a response that could have been lifted from “The Mouse That Roared,” the satirical novel (and the later movie adaptation, which starred Peter Sellers) about a tiny country that declares war on the United States, which had tickled jittery Cold War readers a decade earlier.

The British mustered a strike force of paratroopers and London bobbies and invaded the island in a pre-dawn landing that the world press playfully derided as the Bay of Piglets, a sly reference to the failed Bay of Pigs assault on Cuba in 1961 by counterrevolutionaries backed by the United States.

Residents of Anguilla, a 35-square-mile spit of land in the eastern Caribbean, which two years earlier had threatened to invade St. Kitts, offered no resistance. Webster, whom a provisional Anguillan government had declared the first president of the world’s smallest republic, brandished only a Bible.

After two years of circuitous negotiations, London largely granted the restive Anguillans’ request to secede from the federation with St. Kitts and Nevis and return to the mother country as a representative democratic dependency of Britain.

Webster went on to serve twice as chief minister of Anguilla, and is considered, like Washington, the father of his country. He died there on Dec. 9; news of his death had not been widely reported until recently. He was 90.

James Ronald Webster was born on March 2, 1926, in Island Harbor, Anguilla, one of eight children of Robert Livingston Webster, a fisherman, and the former Mary Octavia.

To help support the family, Ronald, as he was known, left home when he was only 10, traveled across the Anguilla Channel to the Dutch colony on the island of Sint Maarten (known as St. Martin on the French side), and was hired by a couple who owned a farm there.

The couple became so fond of Webster that they later named him their beneficiary. He inherited the farm when he was 32. Returning to Anguilla, he opened grocery, hardware and building supply businesses and became known as the wealthiest of Anguilla’s several thousand residents.

His survivors include his wife, Cleopatra. St. Croix’s Tim Duncan has parents from the island of Anguilla.

Anguilla had been a British colony for three centuries, loosely linked by the crown with its dominant larger neighbor, St. Kitts, since 1822. But in 1967, as Britain was continuing to dispense with the remnants of empire, it incorporated Anguilla in a largely self-governing federation with St. Kitts and Nevis.

Disgusted Anguillans voted 1,813 to 5 against the proposed federation, although their formal declaration of independence bore little resemblance to the anti-monarchical one adopted in Philadelphia in 1776.

“We stand before the queen in the greatest humility,” it began, “with the desire in our hearts to be faithful subjects to her.”

The British dispatched William Whitlock, the under secretary of state for foreign and commonwealth affairs, to administer the island temporarily. But he was no diplomat, and his rule proved momentary.

Rudely greeting his new constituents, he was ushered back to his homebound plane. (He later asserted that some hostile islanders had worn “Black Power uniforms” — which turned out to be morning coats and white gloves.)

Fearing political chaos and even gangsterism, the British then staged their comic-opera coastal assault, landing some 200 paratroopers and nearly 100 officers from London’s Metropolitan Police to maintain order.

“We shall resist with prayer,” Webster proclaimed. “We are not a bloodthirsty or trigger-happy lot.”

Indeed, the island was captured during the pre-dawn assault without a shot fired. Frightening blasts of light from the beach turned out to be flashes from photographers’ cameras.

Webster and other Anguillans even appealed to the United Nations. Protracted direct negotiations with London foundered when neither side seemed to be bargaining with clearly defined goals.

By then, the British were barred from meddling in the internal affairs of the new state of St. Kitts-Nevis-Anguilla — a state from which Anguilla had declared independence in favor of what might be considered an open remarriage to Britain.

Webster later acknowledged that his more or less successful rebellion was all part of a strategy to “twist their arms.”

“You can’t fathom British diplomacy,” he once said. “They use it to hit you.”

It took until late 1980 for London to formally sever Anguilla from the three-island federation and designate it a dependent territory. Webster served as chief minister until 1984, when he was defeated in an election. He had led the island for 11 of the preceding 14 years.

He died on the eve of celebrations marking the 50th anniversary of the revolution, at a time when Anguillans have been discussing even greater self-government. They are also anticipating the anniversary of their one unambiguous victory over the British.

Six months after the 1967 British assault, and only hours before the paratroopers departed, Webster led 10 islanders to a crushing victory over the invaders in a cricket match. 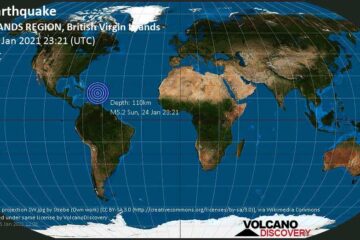 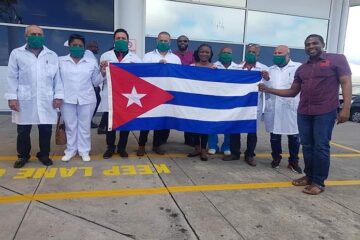 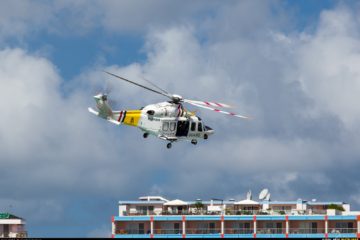 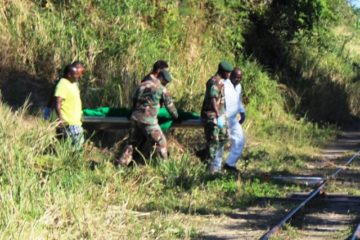