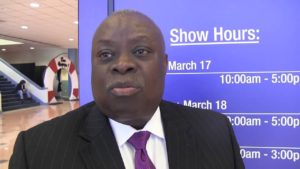 NEW YORK — In a scathing report in its “Debtwire” column, Forbes Magazine said on Monday that the territory risks “capsizing” under its current debt load.

The only difference between the U.S. Virgin Islands and Puerto Rico — despite Gov. Kenneth Mapp’s claims to the contrary — is that investors continue to float the territory, but have stopped making payments to the San Juan commonwealth 120 miles northwest of us, Forbes said.

“When lenders will stop forking over money to the USVI is a question for behavioral economists, but in the islands’ case, it’s likely to happen sooner rather than later, if it hasn’t happened already,” wrote Simone Baribeau in Forbes on Monday. “That’s in part because USVI investors already have Puerto Rico as a blueprint for what happens when things go horribly, horribly wrong. Just because the law says that bonds must be paid before all else, doesn’t mean that police stations will be shut down and teachers are fired while lenders are kept whole.”

“Potential USVI investors, even with tax exempt yields at up to 7.75%, balked earlier this week at buying debt from the troubled territory,” Forbes wrote. “It’s looking to go back to market later this month, asking for a gubernatorial order promising that the islands will really, most sincerely pay back the debt— a promise that’s less believable now than before Puerto Rico’s default.  With only 9 to 10 days of cash on hand, the islands have been mum about how long they have before they run out of money if they can’t get this sale to go through.”

To read the whole story by Barbeau please go to: