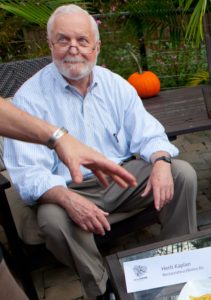 CHARLOTTE AMALIE — Herbert Kaplan, 80, the manager of several restaurants in Washington who retired in 2011 as general manager of Bistro Bis in the Kimpton George Hotel near Capitol Hill, died Dec. 8 at a medical center in Lafayette, Colo.

The cause was a heart attack, said a son, Peter Kaplan.

Kaplan was born in New York City and moved to the Washington area in 1974 from St. Thomas, where he had been in the restaurant business.

He had managerial or ownership positions in several restaurants including the West End Cafe, G. Pinchot’s, Wolensky’s, Hofberg’s Deli and Vidalia before he became general manager at Bistro Bis in 1998. A former resident of Bethesda, Md., he moved to Broomfield, Colo., in 2014.