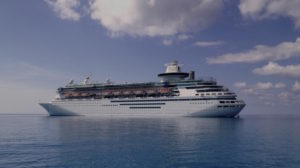 NO LOVE LOST ON VALENTINE’S DAY: Royal Caribbean Cruise Lines’ Majesty of the Seas was confined to port by the U.S. Coast Guard over a concern about life vests on board the vessel.

MIAMI — Over 2,000 passengers who thought they’d be sailing to the Bahamas this week were unexpectedly delayed at port after a Royal Caribbean cruise ship failed an annual Coast Guard safety inspection Monday.

The Majesty of the Seas was scheduled departure from Port Canaveral, Fla. late Monday but Coast Guard officials ordered the liner to remain docked on Valentine’s Day after inspectors found multiple safety infractions, including the vessel’s life preservers that were “showing their age”, according to Florida Today.

Over 2,000 passengers and 800 crew members are currently aboard the 13-deck vessel that has now been stuck at the port for over 24 hours. The ship was set to depart for a four-night excursion through the Bahamas, CocoCay and Nassau.

The ship’s major mechanical components, such as the engine and the hull, passed the inspection.

New life jackets are expected to arrive on the ship Tuesday, at which point the Majesty of the Seas must undergo another inspection to be cleared for sailing.

Royal Caribbean is keeping the docked passengers entertained with food, shopping and shows onboard the static ship.

Still, several passengers who thought they’d be enjoying a romantic Valentine’s Day trip have taken to social media to express their frustration with the line.

Jonathan Galed reached out to the cruise line via Twitter seeking more information on the delay.

A representative for Royal Caribbean Cruises did not immediately return a request for an interview from the Virgin Islands Free Press. 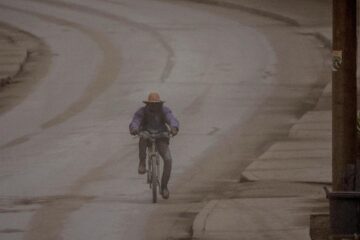