CHARLOTTE AMALIE — Thursday, February 16, 2017, at approximately 10:47 p.m. a citizen called the 911 Emergency Call Center and reported that a man had been shot outside of her apartment located in Building 11 of the Tutu Hi-Rise Housing Project.

One of the victims was identified as 30 year old, Paul Smith of Tutu Hi-Rise housing project, who succumbed to his injuries sustained during the shooting.  The second gunshot victim was treated at the hospital for a gunshot wound to his upper body.

This incident is under investigation by the Major Crimes Unit.

The VIHA is managed by Executive Director Robert Graham. 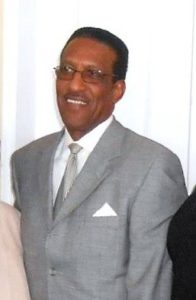 Weather Phenomenon 'Foehn Effect' Behind Of Unusually-High Temperatures in the V.I. and P.R. in February