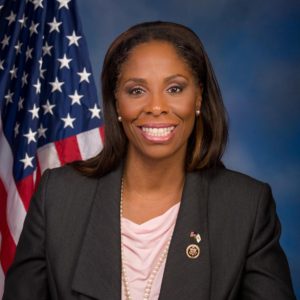 WASHINGTON — During meetings with federal officials last week to discuss issues related to the territory, non-noting Rep. Stacey Plaskett said that she raised the question of identified miscalculations of the rum-cover revenue allocation “which may have shortchanged the Virgin Islands general fund by as much as $100 million.”

During the high-level meeting, Plaskett highlighted research conducted by her office which uncovered the possibility that Virgin Islands cover over revenues since the Diageo Agreement may not have been properly adjusted to reflect the new production of rum in the Virgin Islands, denying the territory of tens of millions of dollars over time.

“My Staff and I had a productive discussion with federal officials around the ongoing Virgin Islands financial crisis. The purpose of our meeting with those officials was to inform them that our office is willing to support and work aggressively on behalf of the people of the territory, and that we would be expecting ‘the full shoulder’ of the Department of Interior followed by Treasury when a reasonable plan has been created and executed by the local government. During those same meetings, I was also able to outline to Treasury our belief that the Virgin Islands had not received the accurate share of world wide rum excise tax cover over that we were owed,” Plaskett said.

Plaskett explained that under the Caribbean Basin Initiative (CBI) of 1983, Congress provided both Puerto Rico and the Virgin Islands with additional cover-over of rum excise tax revenues derived from rum imported into the United States by other nations. The allocation of these additional cover-over revenues is apportioned according to the relative import of rum into the United States by Puerto Rico and the USVI. Treasury regulations provide that the Virgin Islands may earn between 12-49%, with Puerto Rico qualifying for approximately 51-88% (depending upon each territory’s respective local production percentages) of these additional worldwide rum excise tax revenues.

“Our agreements with rum producers should afford the people of the Virgin Islands the largest percentages contemplated by the law to assist in job creation, and, more importantly, funds for the public good. It would appear, however, that the appropriate percentage has not been calculated and attributed to the Virgin Islands. The repercussions of the failure to calculate this ratio are so severe that the Government of the Virgin Islands may be due CBI allocations as high as $100 million. Given our current financial situation, these identified funds come at a time when our territory could truly use them,” Plaskett concluded.

Plaskett said that her office will forward this information to the Mapp Administration and the 32nd Legislature to allow them to continue to pursue the matter with United States Treasury.

Mapp, a bookkeeper by trade, often worked for Ann Abramson during the years-long periods when he was voted out of office in the territory. The governor has no degree in accounting.

In late August of 2000, St. Croix businesswoman Abramson was sentenced in federal court to 2.5 years in prison for mishandling $79,639 in Federal Emergency Management Agency (FEMA) funds as the Public Works Commissioner for the Schneider-Mapp administration in 1999.

The Frederiksted Pier was renamed in Abramson’s honor in 1994 during the Schneider-Mapp Administration. It is now called the “Ann E. Abramson Marine Facility.”

St. Croix Woman Ambushed Near JFK Project Tells Police She Doesn't Why Someone Shot At Her

From The Smallest Snake In The World, To Tasty Frogs, The Caribbean Has Some Weird Wildlife