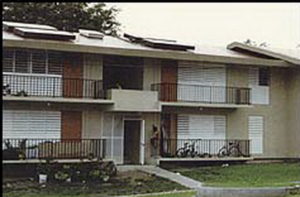 CHRISTIANSTED — On February 5, 2017 at approximately 4:15 a.m., officers were dispatched by 911 Emergency Call Center to a discharging of shots in Golden Rock ,in the vicinity of John F. Kennedy Housing.

Upon arrival the officers discovered shell casings and broken glasses in the area, according to the Virgin Islands Police Department (VIPD).

Police on the scene were notified by the 911 Emergency Call Center of a female victim who was transported by private vehicle to the Juan F. Luis Hospital with multiple gunshot wounds, the VIPD said.

The officers traveled to the hospital for a statement from the victim.

The woman injured said that ”she had just left a nightclub and did not have any altercation with anyone, and don’t know why she was targeted.”

She was treated for her injuries and further observations by the JFL hospital’s ER staff.

Police disclosed the information about the crime to the V.I. Free Press at 3:43 p.m. today.

The VIHA is managed by Executive Director Robert Graham.

TOURISM: Territory To Be Featured In An Episode of ABC's The Bachelor!