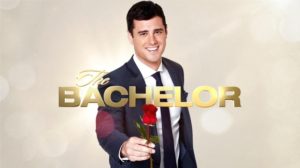 CHARLOTTE AMALIE — The U.S. Virgin Islands will be featured in an upcoming episode of ABC’s The Bachelor.
The Department of Tourism announced the show, which was filmed on St. Thomas and St. John, will air nationally on ABC on Monday, February 6, 2017, at 8 p.m. EST, and will air locally on cable channel 14 at 9 p.m. AST.
The episode will showcase the beauty of the destination as the remaining women in the primetime reality series continue their search for love with the newest Bachelor, Nick Viall. The Bachelor is currently celebrating its 21st season and is one of the highest rated series in this genre.
The Department of Tourism’s Film Office worked closely with the show’s Los Angeles-based production team at NZK Productions. The production employed more than 70 local crew and utilized a variety of services, generating more than $350,000 in on-island revenue. Production for the show was based at Frenchman’s Reef & Morning Star Marriott Beach Resort. The episode, which is expected to reach more than 11 million viewers, airs in more than 225 countries and territories.
“The impact to the destination is tremendous when you combine the national television exposure with the direct economic benefits to our community through jobs and valuable work experience,” said Commissioner of Tourism Beverly Nicholson-Doty. “We are grateful to the Virgin Islands Police Department, the Department of Planning and Natural Resources, the Port Authority, The Rising Stars Youth Steel Orchestra, the Caribbean Ritual Dancers and the local production crews who helped ensure the show’s success.”
On Monday’s episode, Bachelor Nick will continue his quest for love on St. Thomas and St. John on a special group date and one-on-one dates. Episode highlights include iconic landmarks, attractions and sites such as Fort Christian, Emancipation Garden, Palm Passage, Virgin Islands National Park, Abi Beach Bar, Morning Star Beach, and The Preserve at Botany Bay.
The national exposure from the episode’s airing will help drive tourist arrivals through the spring, when the destination commemorates its Centennial. Viewers can book the Department of Tourism’s special Centennial promotion offer and follow in the footsteps of the cast.
For more information about the United States Virgin Islands, go to VisitUSVI.com, follow us on Twitter (@USVITourism) and become a fan on Facebook (www.facebook.com/VisitUSVI). When traveling to the U.S. Virgin Islands, U.S. citizens enjoy all the conveniences of domestic travel – including on-line check-in – making travel to the U.S. Virgin Islands easier than ever. As a United States Territory, travel to the U.S. Virgin Islands does not require a passport from U.S. citizens arriving from Puerto Rico or the U.S. mainland. Entry requirements for non-U.S. citizens are the same as for entering the United States from any foreign destination. Upon departure, a passport is required for all but U.S. citizens.
Tags:ABC's The BachelorTourism Commisioner Beverly Nicholson-DotyV.I. Department of Tourism
Previous post

St. Croix Woman Ambushed Near JFK Project Tells Police She Doesn't Why Someone Shot At Her

VIPD: Man Stabs Girlfriend With A Broken Bottle After Choking Her And Brandishing A Pistol