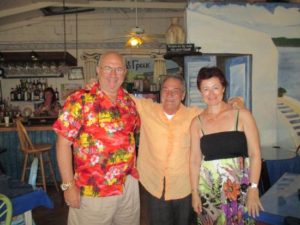 CHRISTIANSTED – If you didn’t get there before they closed their doors for good, you certainly missed out on a Mediterranean delight … right in your own backyard!

If you did make it there before it closed, then you know now what you’re missing out on.

The Pickled Greek, opened in 2007 by Peter Skrivanos, known only as “Papi” to the good people of St. Croix.

When asked why he decided to open a restaurant after living on the island for at least 15 years, Papi said: “St. Croix has such an eclectic array of foods and I thought, why not Greek? I have most of my family recipes and thought I would give it a go,” and for nine years, Skrivanos did just that.

The menu at The Pickled Greek included very traditional Greek family foods; Mousska, Spanakopita, Dolmades, Gyros and of course Baklava. One of the most popular items offered was the Baklava Ice Cream and made in house.

Many customers would “pass by” just to enjoy a scoop or buy quarts to go. The menu was very reasonably priced but not to worry, if you were short on cash you could stop by on Saturday night for a $5.00 Gyro.

Every guest that walked through the door of The Pickled Greek was greeted with a genuine smile and a “Welcome to my home”.  Peter treated each one as a member of his family, not just as a customer.  Known not to wear shoes while at work, having his dog roam around the restaurant and do not be surprised if he sat down with you as you ate your meal, he was authentic when it came to customer service.

Papi went above and beyond when it came to humanitarian efforts. He raised money for cancer victims, school supply needs for the needy and in 2015 gave up his vacation to Greece to help with the Syrian Refugee crisis.

In August of 2016, Papi closed the doors of The Pickled Greek for the last time. After turning 60 years old he decided that it was time.

When you walk on the property now, you only see a shell of what once was. If you listen carefully, you can still hear his contagious laugh and you can still feel the love.

Happy Retirement, Papi! (We understand you can now find Skrivanos as a lead waiter at The Galleon restaurant, also on St. Croix’s east end. 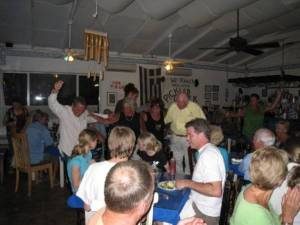 KALAMATIANOS DANCE PARTY: The Pickled Greek was a happening, fun place on St. Croix … while it lasted. It closed due to tough economic times brought on by the closure of the Big Island’s oil refinery in January of 2012.

Feds Single Out Rogue Caribbean Countries Most Responsible For Drugs, Money Laundering ... BVI Is At The Top Of The List 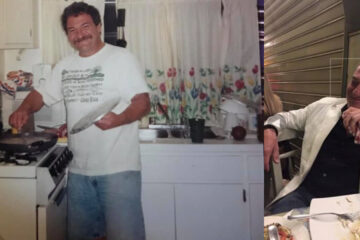