DPNR’s Dawn Henry Explains How Military Assault Rifles Could Have Been Easily Stolen From St. Croix Office In A Locked Case 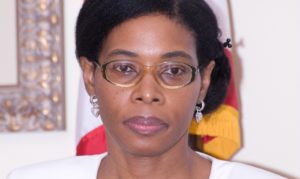 In response to the Virgin Islands Daily News article, printed on Friday, April 7, 2017, captioned “Feds questioning $3.9M in grants to DPNR,” Commissioner Dawn L. Henry, Esq., of the Department of Planning and Natural Resources would like to clarify a few points:

The article stated that “It is unclear whether the firearms were properly secured in a locked storage unit”.  Commissioner Henry reassures the community that the weapons stolen from the Mars Hill Office were indeed stored in a 5 foot by 2 foot, 2-layered-steel locked Heritage safe.  All of the stolen weapons were since recovered and are in the custody of the Virgin Islands Police Department.

It should be noted that the U.S Interior Department’s Office of the Inspector General’s Audit covered the period October 1, 2012, through September 30, 2014.  Under the Mapp/Potter Administration, the Division of Fish and Wildlife now thrives under the leadership of Director Ruth Gomez.  With new direction, the Division is producing demonstrable and significant improvements to include:

2)      The Division of Fish and Wildlife recovered over $3 million in funding from the USFWS which otherwise would have been lost.

3)      Nine fish aggregating devices have been deployed throughout the Territory since 2015.  Funding in the amount of $576,187 was also provided from USFWS.

4)      In October of 2016, DFW received over $647,733 from the USFWS to repair existing boat access facilities throughout the Territory to include the Frederiksted Fishermen’s Pier, Altoona Lagoon, Gallow’s Bay Dock, and the planning phase for Hull Bay in St. Thomas.

6)      $359,388 was received to conduct Aquatic education. This program is designed to provide students K-12 and residents of the VI with knowledge of our marine resources in the Virgin Islands.

SEATRADE REPORT 2017: Analysis of The Cruise Ship Industry's Biggest Conference ... From A News Source You Trust

DPNR’s Dawn Henry Explains How Military Assault Rifles Could Have Been Easily Stolen From St. Croix Office In A Locked Case