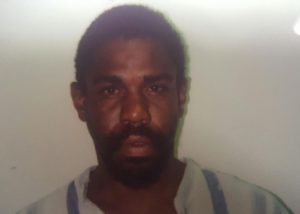 MID-ISLAND ST. CROIX — A man told police when someone hit him over the head with a wooden plank near the Farmer’s market in La Reine he reacted badly — killing his attacker with a broken bottle.

Francis “Ducky” Vanterpool, 60, said he was under the covered area of the Farmer’s Market in near Kingshill when 49-year-old Findlay Collymore began hitting him on the head and all over his body with a wood plank.

Vanterpool told police that he grabbed a nearby bottle, broke it to give it a sharp edge and then fatally stabbed Collymore in the chest with the broken bottle, the Virgin Islands Police Department (VIPD) said.

Collymore stumbled across the street with the chest wound to the nearby Ann Schrader Police Command, but eventually succumbed to his injuries.

Vanterpool was immediately arrested and charged with first-degree murder, third-degree assault and possession of a dangerous weapon, the VIPD said.

His bail was set at $1 million by Superior Court Judge Miguel Camacho.

Vanterpool was then remanded to the Golden Grove Detention Center pending an advice of rights hearing scheduled for today.

Police said the 911 Emergency Call Center received a report that a man was lying in the roadway by Villa La Reine, Kingshill at 4:25 p.m. on Tuesday.

Collymore’s next of kin have been notified about his death, police said. 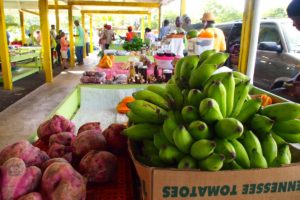 U.S. Court of Appeals Says Antigua And Barbuda Could Get Pennies On The Dollar Along With Others Bilked By Allan Stanford