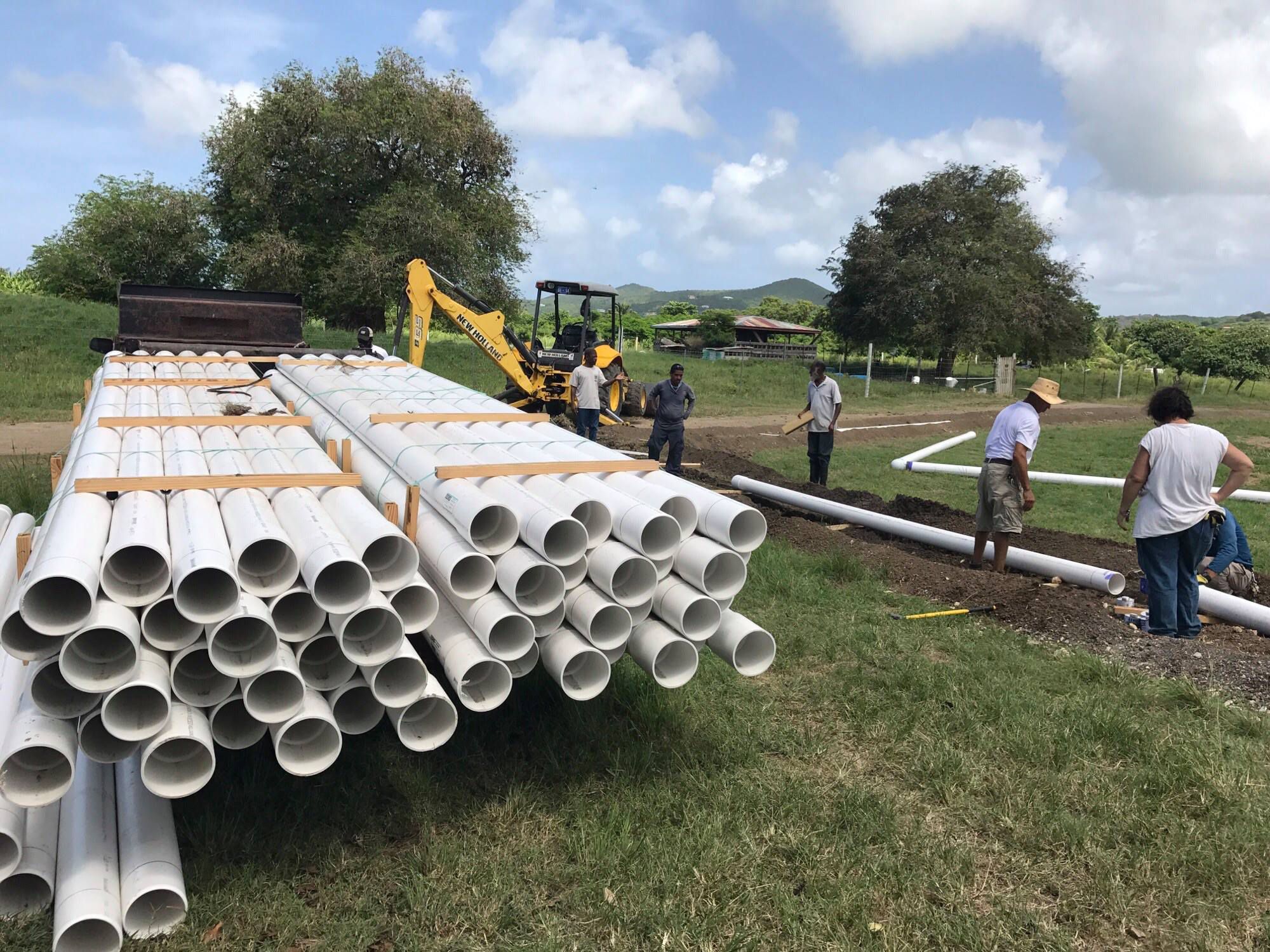 LOADS AND LOADS OF PIPE: Gov. Kenneth Mapp says that the V.I. Department of Agriculture under his control has been working as fast as possible to get needed water to farmers at Community Gardens in St. Croix.

FREDERIKSTED — The Virgin Islands Department of Agriculture (VIDOA) said that it is currently working to improve the irrigation distribution system in the Community Gardens on St. Croix.

The installation of piping began on Monday, June 5, 2017, according to Government House.

But gubernatorial candidate Soraya Diase Coffelt says in an Op-Ed piece published today that the Mapp-Potter Administration has been slow to help farmers in the territory.

Department staff along with farmers and hired help were busy laying, cutting and gluing pipes along the irrigation route as the trenching machine moved forward, Government House said.

When the project is completed, over 5,000 feet of three, four and six-inch PVC pipes will be installed. A 23-horse power trash pump with the capacity to pump 1000 gallons per minute will be used to pump water from three large earthen ponds into two storage tanks. The tanks have a total capacity of 160,000 gallons. Upon completion, the irrigation system will supply water to 35 crop farmers and enhance their production capacity.

“The project will provide a constant flow of water to farms in the area which would allow farmers to irrigate more efficiently hence improving productivity,” said Agriculture Commissioner, Carlos Robles.

Farmers in the Community Garden were excited with the project and the relief that it will bring especially during the hot, dry summer months. “Growing crops during this time of year has always been a challenge for us; the improvement to the water storage and distribution system would make a huge difference,” said a farmer.

The project is a collaboration between the VIDOA and the Virgin Islands Agriculture Advisory Group (VIAAG) and is funded by a $43,000.00 Environmental Quality Incentive Program (EQIP) grant from the United States Department of Agriculture Natural Resources Conservation Service (USDA/NRCS). USDA/NRCS District Conservationist, Rudy G. O’Reilly, assisted with the design and conservation plan for the project. 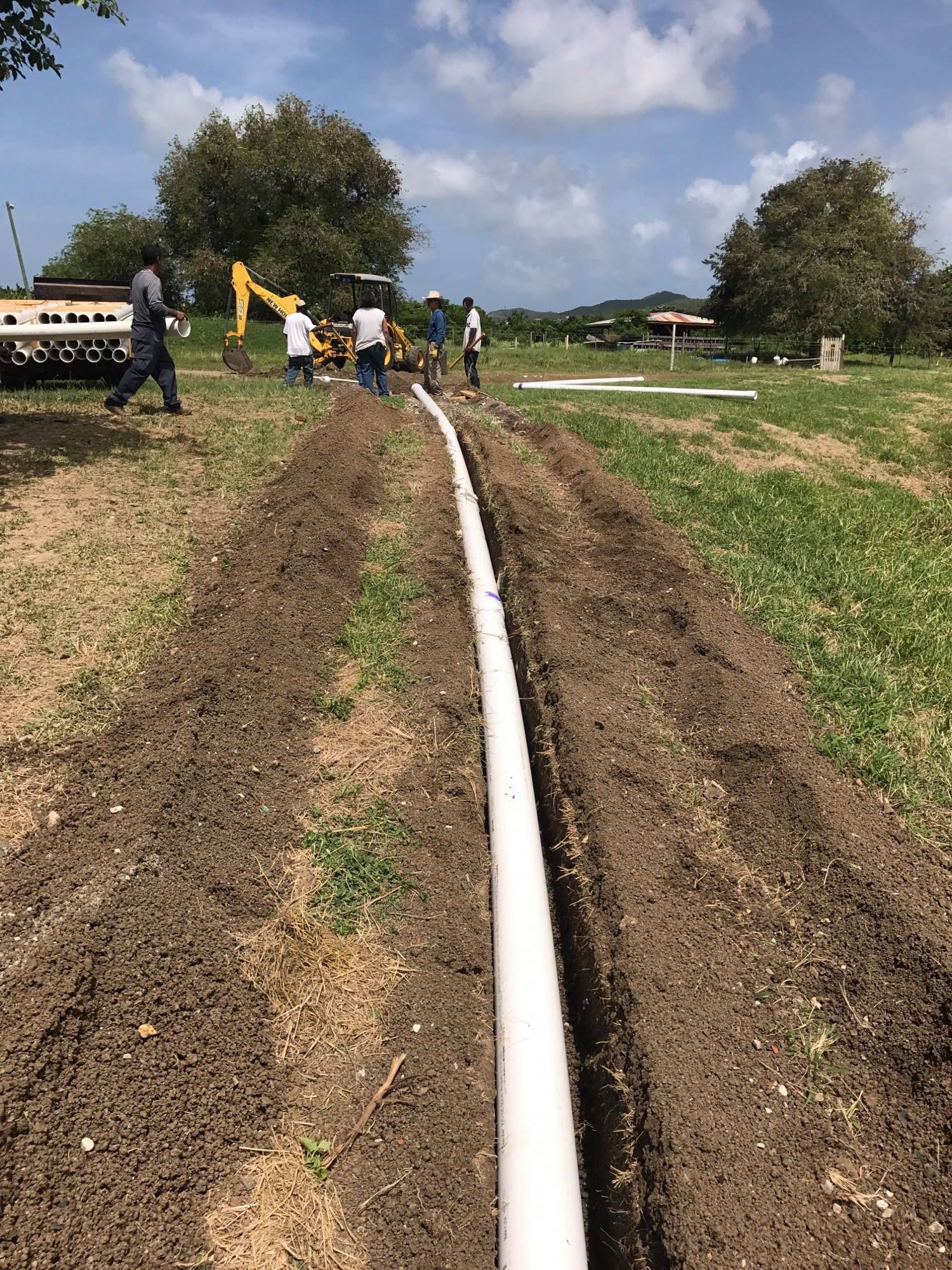 PIRATE! Captain Morgan Gets A Yo Ho Ho And Admiral Nelson Gets A No No No In Knock-Off Hooch Suit Over Trademark Infringement 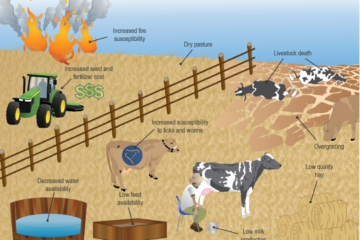 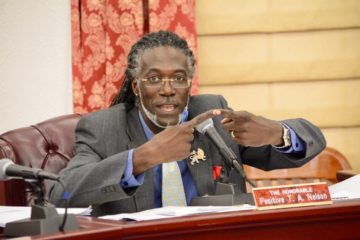 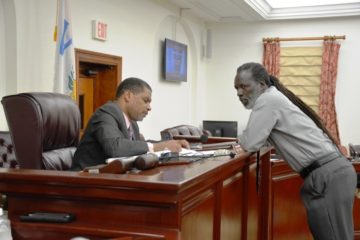 Agriculture and WICO Share Their Projected Budgets With Finance Committee