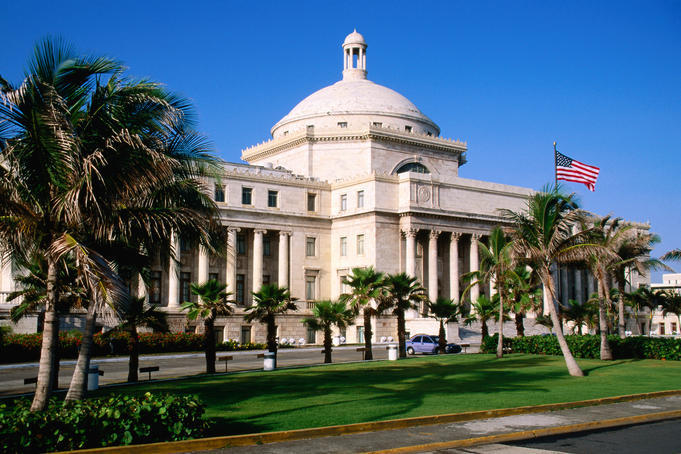 SAN JUAN — Puerto Rico’s governor on Monday said the island’s vote in favor of becoming a U.S. state, despite low voter turnout and widespread boycotts, was “a fair and open” process that U.S. Congress should act upon.

An island-wide referendum on Sunday favored statehood in a 97 percent landslide, though voter turnout reached just 23 percent as opponents of Governor Ricardo Rossello’s push to become a state boycotted the vote.

The non-binding plebiscite is not expected to sway the U.S. Congress, which would have to agree to make Puerto Rico a state.

Currently a U.S. commonwealth, the island is struggling with $70 billion in debt and a 45 percent poverty rate, and is not viewed as a priority in Washington.

Rossello, who campaigned on a push for statehood, said in a telephone interview with Reuters that he will go to the U.S. capital this week to urge federal lawmakers to begin the process of admitting Puerto Rico into the union.

“We will make sure this becomes an issue,” Rossello said.

The vote comes at a critical time for Puerto Rico, whose hazy status – which dates to its 1898 acquisition by the United States from Spain – has contributed to its ongoing economic crisis.

Last month, the island filed the biggest municipal bankruptcy in U.S. history. Its woes make statehood even more urgent, Rossello said. “Statehood brings stability, allows us to have fewer rule-changes from Congress, provides resources to our people,” he said.

Sunday’s referendum, which cost Puerto Rico between $5 million and $7 million, according to government estimates, was the island’s fifth since 1967 – and the third in which pro-statehood sentiments triumphed, though none have moved Congress to act.

“If the U.S. is going to go to Venezuela and Cuba and Afghanistan and push democracy abroad, they’ve got to do the same” with their own territories, he said.

But Puerto Ricans are skeptical the island’s status will change. “This has all been a waste of time,” said taxi driver Felix Salasarar, 54, adding that federal lawmakers will “look at the voter turnout and say, ‘where’s the will of the people?'”

Working against the governor may be a perception in Washington that Sunday’s vote was not fair.

The U.S. Department of Justice in April called on Rossello to change ballot language that initially did not give voters an option to remain a U.S. territory.

Rossello told Reuters he made that decision because the territory option – which Rossello equates to colonialism – already lost in a previous status referendum, in 2012, making this year’s vote a choice between statehood and independence.

To be sure, Sunday’s results do not reflect the true nature of Puerto Ricans’ views on statehood, which are fairly evenly divided between those who favor it and those who do not, based upon historical election results.

Statehooder Rossello, for example, won his own election with just 42 percent of the vote.

But that, the governor said, is how democracy works: “Everybody knows that those who go through the voting process have a louder voice than those who don’t,” he said.

“Maybe we should focus more on fixing our financial problems and our schools,” she said.

On Sunday, the economically struggling U.S. island territory of Puerto Rico voted overwhelmingly in favor of becoming the 51st state, although turnout was low and adding another star to the U.S. flag likely faces an uphill battle in Congress.

A government website for the non-binding referendum, Puerto Rico’s fifth such plebiscite since 1967, showed 97 percent supported statehood. Only 23 percent of the 2.2 million eligible voters participated in the vote.

Puerto Rico Governor Rossello campaigned for statehood as the best avenue to boost future growth for the island, which has $70 billion in debt, a 45 percent poverty rate, woefully underperforming schools and near-insolvent pension and health systems.

“From today going forward, the Federal government will no longer be able to ignore the voice of the majority of the American citizens in Puerto Rico,” Rossello said in a statement on Sunday.

“It would be highly contradictory for Washington to demand democracy in other parts of the world, and NOT respond to the legitimate right to self-determination that was exercised today in the American territory of Puerto Rico,” he added.

Puerto Rico’s hazy political status, dating back to its 1898 acquisition by the United States from Spain, has contributed to the economic crisis that pushed it last month into the biggest municipal bankruptcy in U.S. history.

“I voted for statehood,” Armando Abreu, a 74-year-old retiree, said after voting. “Even if it’s still a long way off in the distance, it’s our only hope.”

Those in favor of statehood for the mainly Spanish-speaking Caribbean island hope the new status would put the territory on equal standing with the 50 U.S. states, giving them more access to federal funds and the right to vote for U.S. president.

Under the current system, Puerto Rico’s 3.5 million American citizens do not pay federal taxes, vote in presidential elections or receive proportionate federal funding on programs like the Medicaid health insurance system for the poor. The U.S. government oversees policy and financial areas such as infrastructure, defense and trade.

Rossello will ask Congress to respect the result, but Puerto Rico is seen as a low priority in Washington.

The island’s two main opposition parties boycotted the vote, which gave Puerto Ricans three options: becoming a U.S. state; remaining a territory; or becoming an independent nation, with or without some continuing political association with the United States.

Rather than heading to the polls, some 500 Puerto Ricans marched on the streets of San Juan, waving Puerto Rico’s flag and burning the American flag while chanting in support of independence.

“This is a bogus plebiscite. Our future is independence. We need to be able to decide our own fate,” said Liliana Laboy, one of the organizers of the protest.

Boycotters were also angry about the costly referendum at a time when over 400 schools have closed and many Puerto Ricans are struggling to make ends meet. Schools where voting took place were in poor condition, with cracked paint and bare-bones playgrounds.

Puerto Rico spent an estimated $8 million on the campaign and election process, according to a government spokesman.

REPORT: Overfishing And The Death Of Coral Reefs Is Pushing Many Species Of Caribbean Fish Towards Extinction 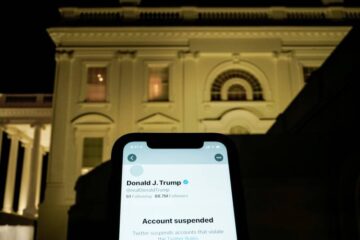 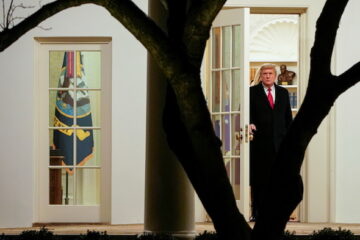