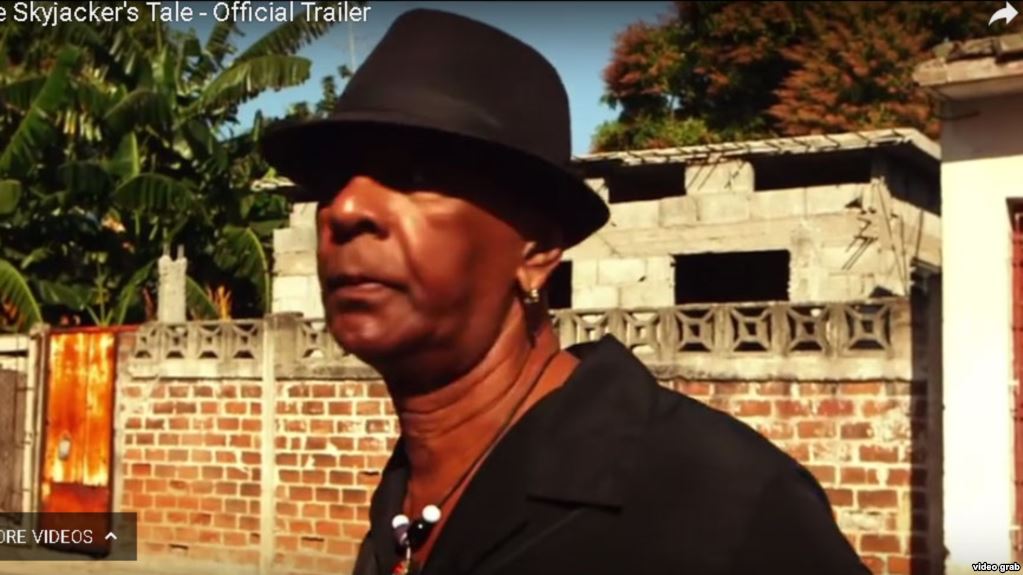 THE CUBAN SNAKE: RONALD LABEET HAS CHANGED HIS NAME TO “ISHMAEL MUSLIM ALI” BUT THE FACT REMAINS THAT HE IS STILL RESPONSIBLE FOR THE VICIOUS MACHINE GUN MURDERS OF EIGHT INNOCENT PEOPLE ON A GOLF COURSE IN ST. CROIX IN 1972.

HAVANA — For more than 30 years, Ronald Labeet has lived a relatively full and unremarkable life in Cuba.

He taught English in the nation’s public schools, worked as a translator and raised a family — a quiet coda for an international fugitive.

Or at least, that was the case until last month, when President Trump announced a partial halt to relations with Cuba unless certain conditions were met.

Handing over LaBeet to the U.S. government, who now goes by the name “Ishmael Muslim Ali” and is still on the F.B.I.’s most-wanted list for hijacking an American Airlines flight and fleeing to Cuba to escape multiple life sentences for the murder of eight people, is one of those conditions.

Trump’s demands contained the usual requirements for Cuba: free and fair elections, allowing a political opposition and opening up its economy. But they also included a call for the extradition of all American convicts who had fled to the island for asylum. Among them are Assata Shakur, also known as Joanne Chesimard, who is wanted for escaping from prison while serving a life sentence for the murder of a New Jersey state trooper, and an estimated 70 others who have taken refuge in the communist nation.

As to the threat of being sent home, Ali, 69, harbors no concern. The Cuban government has already made it clear that the extradition of those granted asylum is off the table — along with the other demands laid out by the president.

“They want their sovereignty respected,” Ali said in a telephone interview from Cuba, among his first public comments in three decades. “They are not going to let anybody bully them.”

He said he felt reassured that the Cuban authorities would not let him be sent back. After all, he said, Trump’s stance is a return to the old Cold War animosity that further hardened the Cuban government’s positions.

Beyond that, experts say that if the United States requests the extradition of its wanted criminals, Cuba may do the same. That could include a request for Luis Posada Carriles, a Cuban with ties to the C.I.A. who lives in the United States but is wanted in Cuba for, among other things, his possible role in the bombing of a Cuban airliner that killed 73 people.

Ali’s case stretches back to a turbulent time in American history, when political radicalism sometimes crossed into violence and hijackings were carried out dozens of times by dissidents and those evading the law. But his case continues to reverberate today, in the racially charged debate over American justice and the churn of relations between Cuba and America.

His case, along with that of his co-defendants, is the subject of a new documentary, “The Skyjacker’s Tale,” that was publicly released in recent days in New York.

The story began on Sept. 6, 1972, here, when five masked men killed eight people at the Fountain Valley Golf Course — a golf course that is now part of what is called the “Renaissance St. Croix Carambola Beach Resort & Spa.”

The murders rocked the island and summoned a wave of law enforcement authorities from the United States to conduct their investigation here.

The club, then owned by the Rockefeller family, was frequented by the wealthy.

Soon after the murders, Ali, at the time known as Ronald Labeet, and four others were arrested and charged with the crime. The trial drew some of the most prominent liberal legal figures of the time, including William Kunstler, who defended the activists known as the Chicago Seven, as well as William Estridge, a lawyer for the Rev. Dr. Martin Luther King Jr.

The trial was over in less than a year, and eventually all of the men were convicted and given eight consecutive life sentences, plus 90 years, for the crimes. They were shipped to prisons in the continental United States, where three of them remain today. One of the men, Raphael Joseph, committed suicide in St. Croix in 1998, after being pardoned by then Virgin Islands Gov. Alexander Farrelly.

Ali, who was considered the leader of the group, and the others convicted maintained their innocence, arguing that their original trial was unfair. The film raises allegations that the suspects were tortured while in custody and that the judge presiding over the trial was biased because he had represented members of the Rockefeller family in his private practice.

After being convicted, Ali spit on the floor, and he and his accomplices struck out at the marshals who took them into custody, according to news accounts at the time.

“I would be different now,” he said. “I would be with my defense in a much different way than I was at the time. But you can’t go back. Life isn’t that way. You have to go forward. The way we tried to get justice, how we acted in our desperation to seek justice, it don’t justify what was done to us.”

Ali’s conviction was upheld on appeal. And despite his proclamations of innocence, many feel his conviction, and the sentence, were justified.

“Proclaiming his innocence is ridiculous,” said Jeffrey Resnick, the chief prosecutor in St. Croix in 1972, who said there was overwhelming forensic evidence — as well as witness identification and confessions — of Ali’s guilt. “There is no doubt that they did it.”

Michael Joseph, the brother of Raphael Joseph, also believes Ali is guilty and published a book on the massacre in 2015.

Joseph, a lawyer who lives in Estate Montpellier, says the events he details in the book, which specify Ali’s role in the murders as well as that of his brother, are based on conversations he had with Raphael after he was pardoned.

In a presentation he gave on the book in 2015, he described Ali as a “wicked man” and claimed that he held a gun to his brother’s head to make him participate in the robbery-turned-massacre.

Following his conviction, Ali fought to be returned to St. Croix. After more than a decade in prison, he was sent back to the island, though only for proceedings in a civil suit he had filed, asserting that his rights had been violated when he was placed in solitary confinement for 90 days. He was awarded $12,000 in damages and placed aboard an American Airlines passenger plane bound for New York on New Year’s Eve in 1984.

Ali went to the bathroom repeatedly during the flight, complaining of stomach pains. On his final visit, he emerged with a handgun. (He did not say how he got it.) He then commandeered the plane and forced it to land in Havana. Upon landing, he was taken into custody.

The Cuban authorities convicted Ali of hijacking the plane, and sentenced him to 10 years in jail. He served seven years and got an early release for good behavior. Afterward, on the petition of Shakur, Ali says he was granted asylum, the beginning of an entirely new chapter for him.

“I have a quiet life. I’ve been married two times. I have kids and a family here,” Ali said. “I can’t complain. I’m really thankful to the Cuban government and the Cuban people for the way I have been treated.”

In Cuba, he says he has found a peace he never experienced in the United States, where race was an issue in every facet of life.

“The thing about race here is that it’s not an issue,” he said. “In the U.S., you are always aware of the race difference. There was always someone or something you had to be fighting against. Here in Cuba, that has been wiped out by the revolution for ages now. I just feel like another citizen here.”

His reasoning for participating in the film, he said, was to raise awareness about his co-defendants, arguing that they have spent their lives in prison for a crime they did not commit. It is not quite guilt that he feels for being the only one to escape, he says, but rather a consciousness that he is the only one who was able to live a real life.

“It hurts me every day to think about them,” he said. “When I think about my co-defendants, what they have suffered bothers me.”

CONSUMER PROTECTION: Crystal Chandeliers Sold By Home Depot Being Recalled Due To Defective Light Bulbs That Pose A Fire Hazard 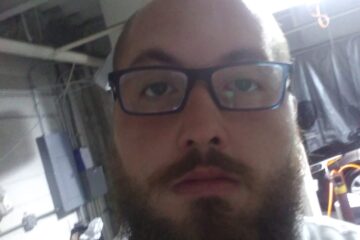 Man Who Claims To Be A CIA ‘Slave,’ Arrested For Failure To Pay Meal Tab