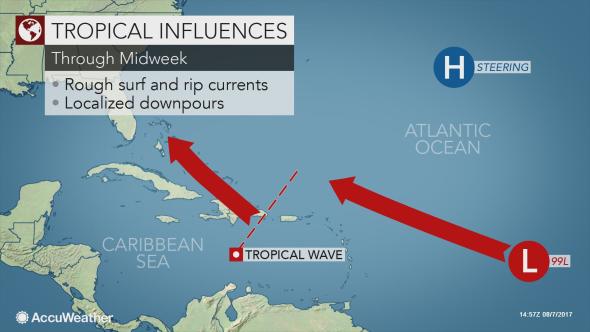 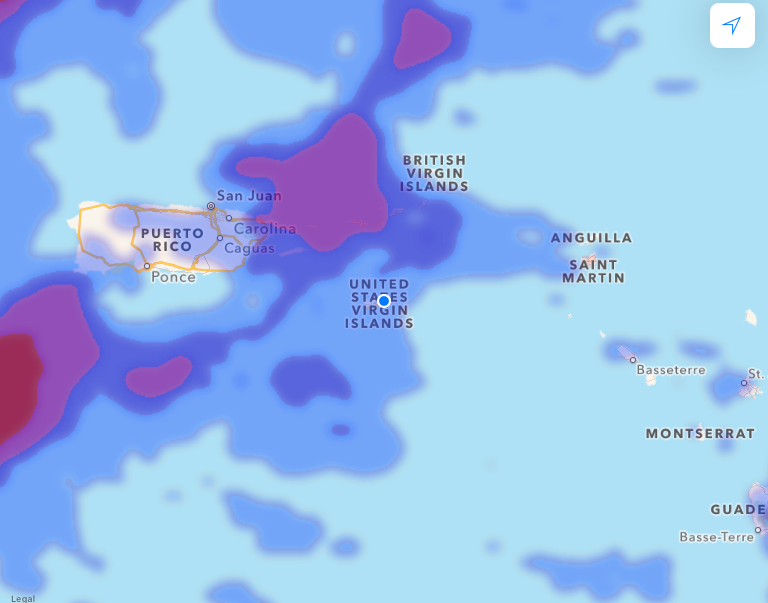 CHRISTIANSTED — It was an epic fail by “local” meteorologists — especially those who broadcast on Isle 95-WJKC in St. Croix — and they know it.

Or at least they should, except that they don’t actually live here. They live on the East Coast of the United States.

Nobody who broadcasts weather for the territory or Puerto Rico called the widespread, catastrophic flooding that was about to happen in Road Town, Tortola last evening — or the consistent light rains that easily knocked out Virgin Islands Water & Power Authority (WAPA) power to St. Croix for about 20 minutes starting at about 8:25 p.m. on Monday.

St. Croix recorded five inches of rain between Monday night and this morning, while the British Virgin Islands recorded six inches of rain and saw widespread flooding in Tortola.

“High winds, rain and lightning strikes are responsible for service interruptions across St. Croix Feeders 3A, 6A, 9B, 10B and 8B,” WAPA said in a prepared statement posted on Facebook. “Affected areas include: outside downtown heading west, north side, south side heading west and the western end of the island. Line department crews cannot be dispatched to restore service until weather conditions subside. On St. John, isolated service interruptions are reported in Bellevue, Carolina and Chocolate Hole. All efforts will be made to minimize the duration of the service interruptions.”

The female host of the Big Phat Morning Show on Isle 95 WJKC-FM who does not identify herself while she is on the air, said this morning that she will personally ask veteran meteorologist Rob Carolan how “local” meteorologists could have not seen this big storm coming

Carolan, who owns Hometown Forecast Services, Inc. in Nashua, New Hampshire that provides the weather reports for Isle 95 in St. Croix and all of the sister radio stations owned by Jonathan Cohen, called the rainfall here “impressive.”

“[We] talked about the wave yesterday, but the rainfall has been impressive!” Carolan told the Virgin Islands Free Press. “We have a saying in the business, ‘you usually don’t forecast record weather events. Unforeseen stuff still happens and it will continue to do so. It’s a very humbling profession.”

Carolan said on Isle 95 that the low pressure system in our area interacted with an upper level trough, producing the moisture that mostly went to St. Croix and the BVI.

Monsoon-like downpours continue to push westward across the Virgin Islands and Puerto Rico, while a second tropical system, dubbed 99L, limps along farther to the east in the Atlantic.

Unsettled weather, similar to a tropical depression or a weak tropical storm, will affect areas from the territory to Hispaniola and the Bahamas into midweek. However, this system is likely to remain poorly organized as it moves westward through tomorrow.

These islands will experience a pulse of drenching showers and locally gusty thunderstorms over a 12- to 36-hour period.

The showers and thunderstorms may postpone some activities such as a day at the beach or boating adventures. However, on a more serious note, some communities may be hit with torrential rainfall and lift-threatening flash flooding.

Homes and businesses sustained major damage in some communities, especially in Road Town, Tortola where the damages were estimated to be in the tens of thousands.

After tomorrow, some of this moisture may feed into the general pattern of showers and thunderstorms and enhance rainfall and gusty storms along the southeastern coast of the United States.

On occasion, features such as this can transform into a potent tropical system. But the risk is very low at this time.

99L MIGHT DEVELOP AND BECOME A THREAT TO THE U.S. MAINLAND

A more organized batch of showers and thunderstorms, referred to as 99L, was located hundreds of miles farther east over the Central Atlantic.

When batches of thunderstorms in the Atlantic Ocean have the potential to become a tropical depression or storm, they are given a number between 90 and 99. The “L” designation refers to a system under investigation in the Atlantic.

“We noticed an uptick in thunderstorms and some spin to the cloud cover on Monday,” AccuWeather Hurricane Expert Dan Kottlowski said. 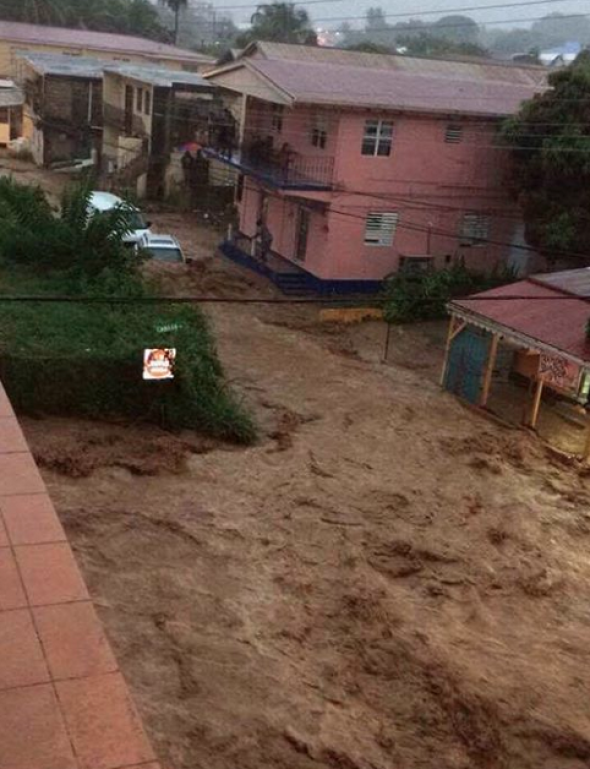