CHARLOTTE AMALIE – Accompanied by local and federal officers of the United States Army National Guard, Gov. Kenneth Mapp disclosed findings in what he termed a “disturbing” report of a history of sexual assault, harassment and other inappropriate activity within the Virgin Islands National Guard (VING).

The Governor said he was briefed a year ago by the Virgin Islands Adjutant General, Deborah Howell, that serious allegations were being investigated by the National Guard Bureau in Washington, and that it had been determined by last December that at least some of the allegations had been confirmed.

While details of the ongoing investigation remain undisclosed, Mapp and Howell described in general terms ‘a culture of practices’ within the VING which required female recruits to be, in the governor’s words, “passed around like property” in order to be allowed entry into the service. An atmosphere of intimidation and fear of retaliation, they suggested, prevented victims from coming forward with complaints.

Mapp stated that some members of the V.I. National Guard already have lost their jobs, and that more will be ousted or transferred. As for all members who are being targeted by the investigation.

“I take this very, very seriously,” he said. “You should seek no aid from me.”

Adjutant General Howell promised an immediate transformation of the organization. Monitored by the National Guard Bureau, VING is establishing a confidential process for reporting and filing complaints of sexual harassment, including a website to be advertised.

The VING, she stated further, will provide confidential legal advice to victims, medical assistance, and escorts to interviews.

Despite the current difficulties facing VING, General Howell assured the public that the organization is prepared to fulfill its basic mission of service to the territory and nation.

Mapp expressed his full confidence in the Adjutant General, and pledged to her his full support as she does what is necessary to ensure the safety of those who serve and want to serve.

He urged that victims of sexual abuse in the VI National Guard make themselves known.

“We will address your issues,” Mapp said.

EDITOR’S NOTE: Governor Mapp never did address the reports of sexual assault at the Virgin Islands National Guard during his four years in office.

St. Croix Man Atnelle Livingston Harris, A Relation To Lyana Serieux And Her Family, Shot To Death Near Mutual Homes On Sunday

Fitch Ratings, One of Three Major Credit Rating Firms, Brings Territory Down Three Notches With The Promise It Will Sink Lower ... Soon 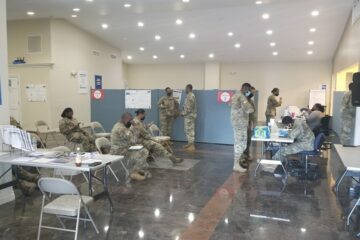 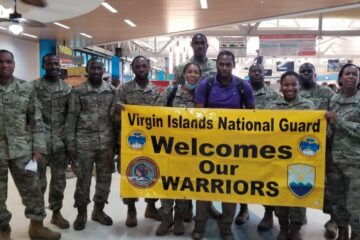 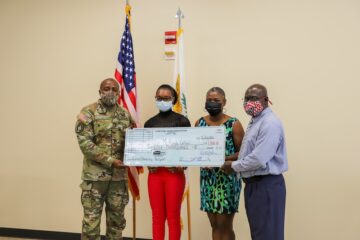