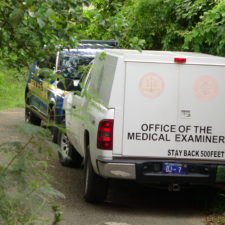 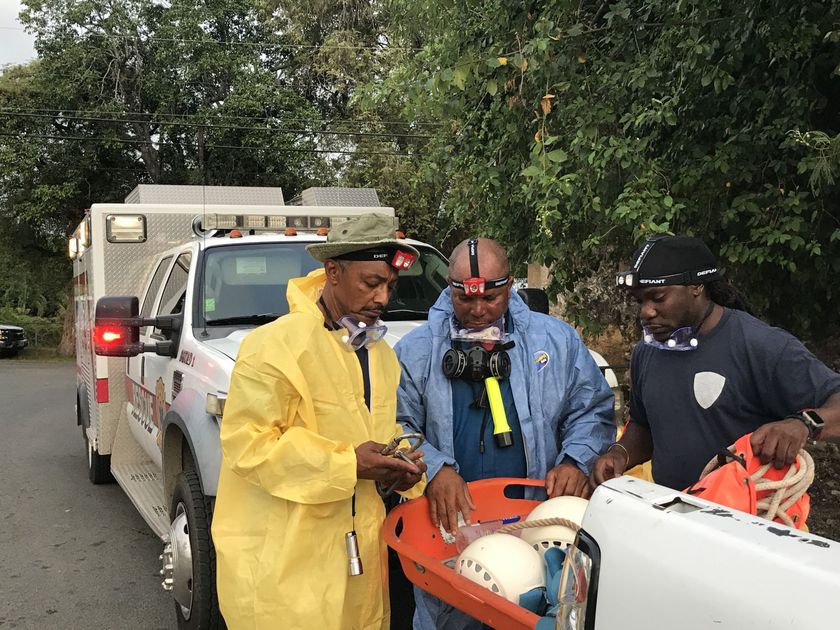 REMAINS RECOVERY: St. Croix rescue workers prepare for their descent into the cistern to recover the body of Lyana Serieux, 24, on Thursday afternoon in Estate Grove Place.

FREDERIKSTED — Police on St. Croix have three bodies, three crime scenes and no official suspects now that the fully-clothed body of Lyana Serieux was found floating in the cistern of an abandoned building in Grove Place on Thursday afternoon.

Serieux, 24, had been missing since Friday afternoon.

The naked bodies of her two sons Jordan, 10, and Jeremiah, 5, were found by people repairing a fence near the entrance to Halfpenny Bay beach on Tuesday morning.

Ironically, the clothing of the two boys was the first solid clue police had that they were close to finding the body of their mother.

As Jordan and Jeremiah’s clothing was discovered behind the building that contained the body of their mother — it is located behind the Mutual Homes housing community.

Police initially spotted Lyana Serieux’s body in the cistern about 2 p.m. on Thursday after the Virgin Islands Police Department (VIPD) received a tip about a “foul odor” in the area.

St. Croix Rescue called the Virgin Islands Waste Management Authority (VIWMA) to first clear the overgrown brush in the area and then pump out some of the water in the cistern to make the retrieval of the body easier.

It took four people wearing protective clothing — two of whom had to be lowered into the cistern — to bring the body out of the tank.

Police Commissioner Delroy Richards Sr. said that the VIPD “will work aggressively to find the perpetrator or perpetrators of the crimes that led to the deaths of the three Serieux family members.

The Serieux’s first went missing after 5 p.m. on Friday. Richards confirmed that police detectives are looking in to a possible connection between the suicide death of Linton Eddy in Barren Spot on Saturday — to the crimes that most likely happened six days ago.

Because the body had been in water for about a week, it was partially decomposed and police had to use tattoos of the names of Lyana’s two son’s Jordan and Jeremiah — and a piece of jewelry she was known to own — to identify her remains.

As was first reported in the Virgin Islands Free Press, Eddy reportedly paid off what was owed to the bank on the car that Serieux used to drive.

A confidential source said privately that Eddy was furious that Serieux could not spend more time with him after he performed that financial favor for her — leading to her violent death at his hands — and the brutal killing of her two children as well.

Police said that an autopsy will be performed on Serieux’s body to determine how it was that she was murdered.

People on St. Croix came out in great numbers to help police in the search for the missing family and the police commissioner thanked the public for its help and tips.

There were daily prayer vigils involving nearly 40 people every afternoon near Fort Christiansvaern in Christiansted praying for the safe discovery of Lyana Serieux.

Serieux had applied to the VIPD to become an officer and was scheduled to graduate in an upcoming class this year.

VIPD spokesman Glen Dratte promised to call back and say whether Serieux had been found in the cistern with clothing or not, but failed to do so by the V.I. Free Press deadline.

After the Virgin Islands Free Press posed the question, the answer to the question was posted in another news source, with Dratte saying that Serieux had been found fully clothed wearing a skirt and beige blouse when she was found in the cistern.

Professional police investigators know that if the victim is left to be found with their clothes off, it is a sign that the killer is emotionally attached to the victim and wanted to humiliate them even  in death.

The fact that Serieux was found fully clothed suggests that Linton Eddy, the home grow marijuana farmer who committed suicide on July 29 — was not the killer — because he is reported to have had an intimate relationship with the victim. 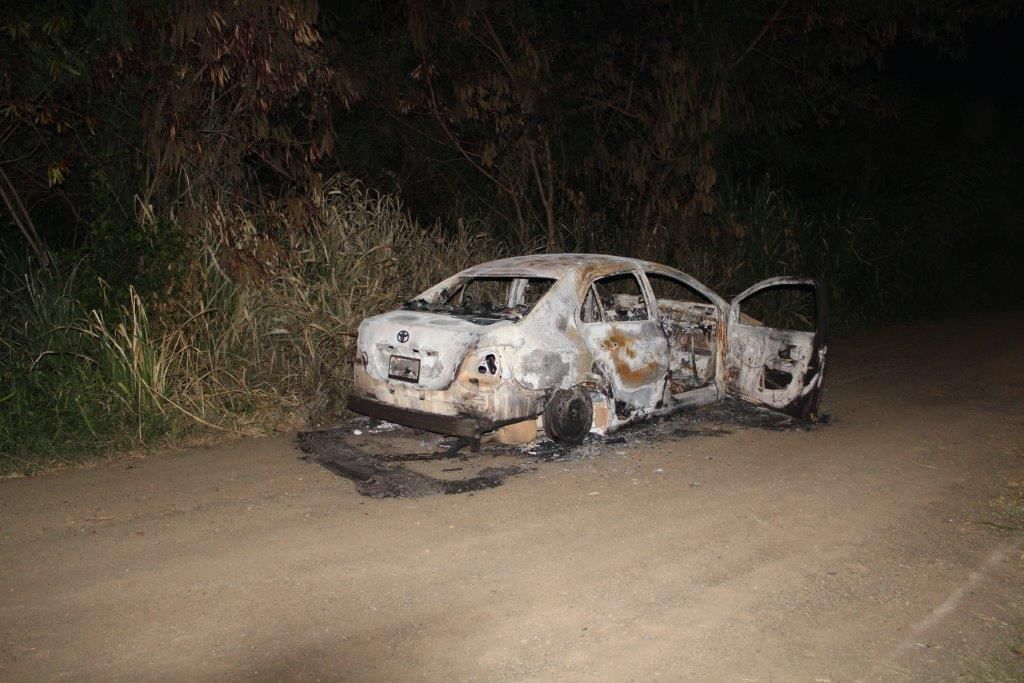 TORCHED! Police believe whoever burned the silver Toyota Yaris that Lyana Serieux was driving also killed her and her two sons Jordan and Jeremiah.