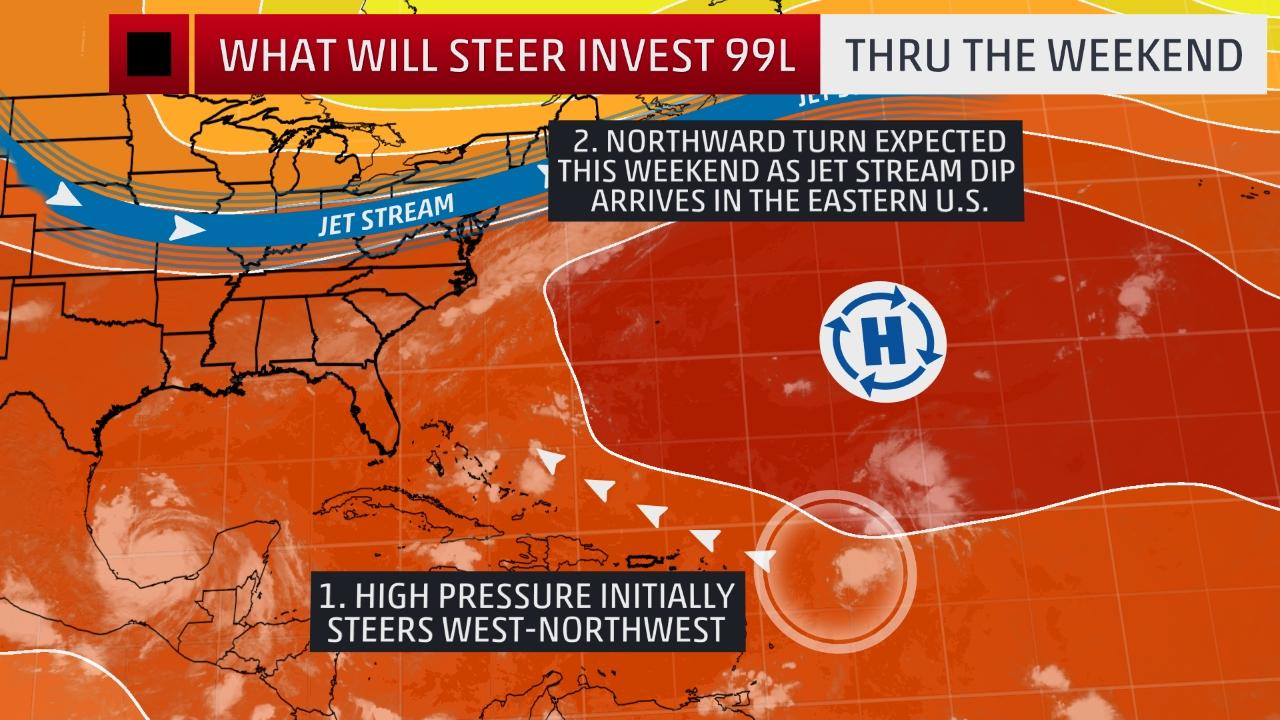 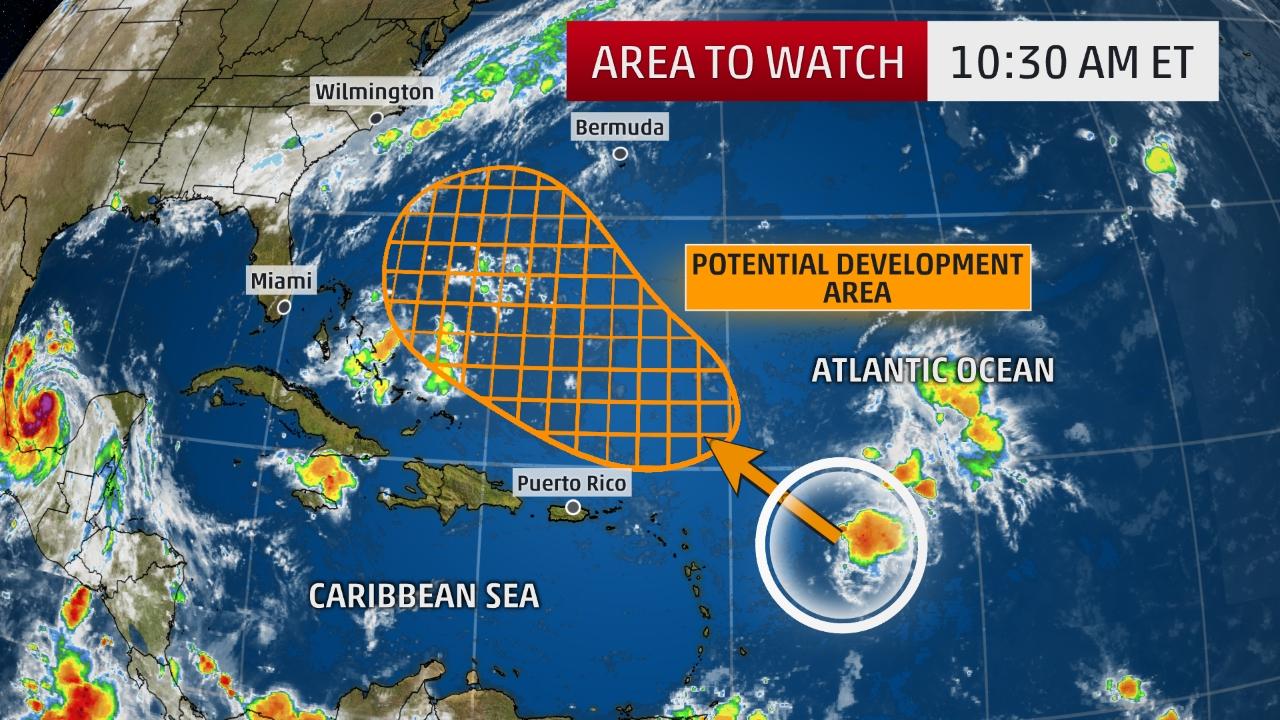 WHAT TO EXPECT: The area highlighted is where a tropical depression or storm may develop during the next five days.

The disorganized, asymmetrical storm system was about 812 miles away from St. Croix at 10:30 a.m. today.

It is a fledgling tropical disturbance that we’ve been tracking in the Atlantic since last week, but it still bears watching for possible development into this season’s next tropical depression or storm — just in case.

The system is producing shower and thunderstorm activity several hundred miles east of the Lesser Antilles. The term “invest” is used by the National Hurricane Center (NHC) to identify features that are being monitored for possible development into a tropical depression or tropical storm.

Invest 99L is in an environment hostile for development at the moment. The region of the Atlantic where it’s located features strong upper-level winds and dry air, two nemeses of potential tropical cyclones.

By this weekend, however, conditions may become more hospitable for the gradual development of Invest 99L as it reaches an area north of Lesser Antilles and east of the Bahamas. The NHC says that this system has a medium chance of development during the next five days, but those odds could decrease or increase based on the latest forecast guidance and satellite trends.

Of particular interest to East Coast residents is the steering pattern that will be in place at the time Invest 99L enters the potential development area.

No matter whether this system remains weak or develops significantly, it will begin to turn more to the north this weekend. That is because it will be sandwiched between the western periphery of high pressure in the central Atlantic and an incoming southward dip in the jet stream across the eastern U.S.

Invest 99L will take the alleyway in between those large-scale weather systems. At the moment, it appears this alleyway will set up far enough east that the U.S. mainland would avoid any direct impacts. However, we still need to monitor for any potential future shifts westward in the forecast guidance that would bring it closer to the states.

But before we get to that point in the forecast, a tropical depression or tropical storm needs to develop first, and that’s an uncertain factor at this point. The good news is we have plenty of time to monitor this system’s progress in the days ahead, so check back for updates.