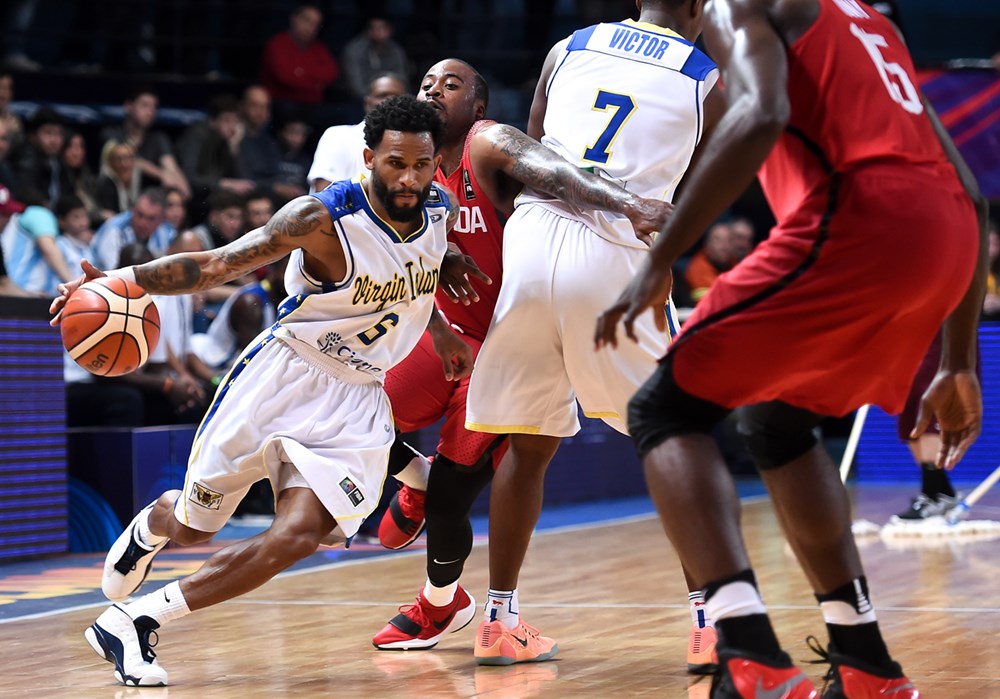 STAR POWER: Walter Hodge (6) of the Virgin Islands drives the ball to the hoop during the 2017 AmeriCup Championships in Bahia Blanca, Argentina on Sunday night. Hodge led all scorers with 25 points.

Johnathan Gray chipped in with 14 points while Deon Edwin and Khalid Hart had 12 apiece.

“We didn’t play well and we have to do a better job of coming out with a lot of energy,” said Rathan-Mayes. “We came out sluggish and didn’t execute the way we should have. We just have to go back and regroup, come back and win two.”

The FIBA AmeriCup is an exhibition tournament and is preparation for qualifying for the 2019 World Cup in China.

Qualifying for the 32-team World Cup now features a two-round tournament of home and away games.

The World Cup is a major qualifier for the 2020 Tokyo Olympics.

The Virgin Islands is currently ranked 59th in the world in basketball; Venezuela is ranked 15th.

According to FIBA, Canada is ranked 24th in the world.

St. Thomas' Kennedy Pascal, Tyshaun Leerdam and 17-Year-Old Fortuna Boy Caught By Police Near Donoe Road With A Firearm In Their Car After Cops Get A 'Tip'