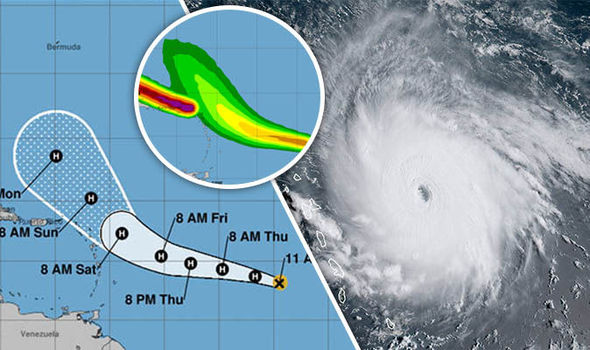 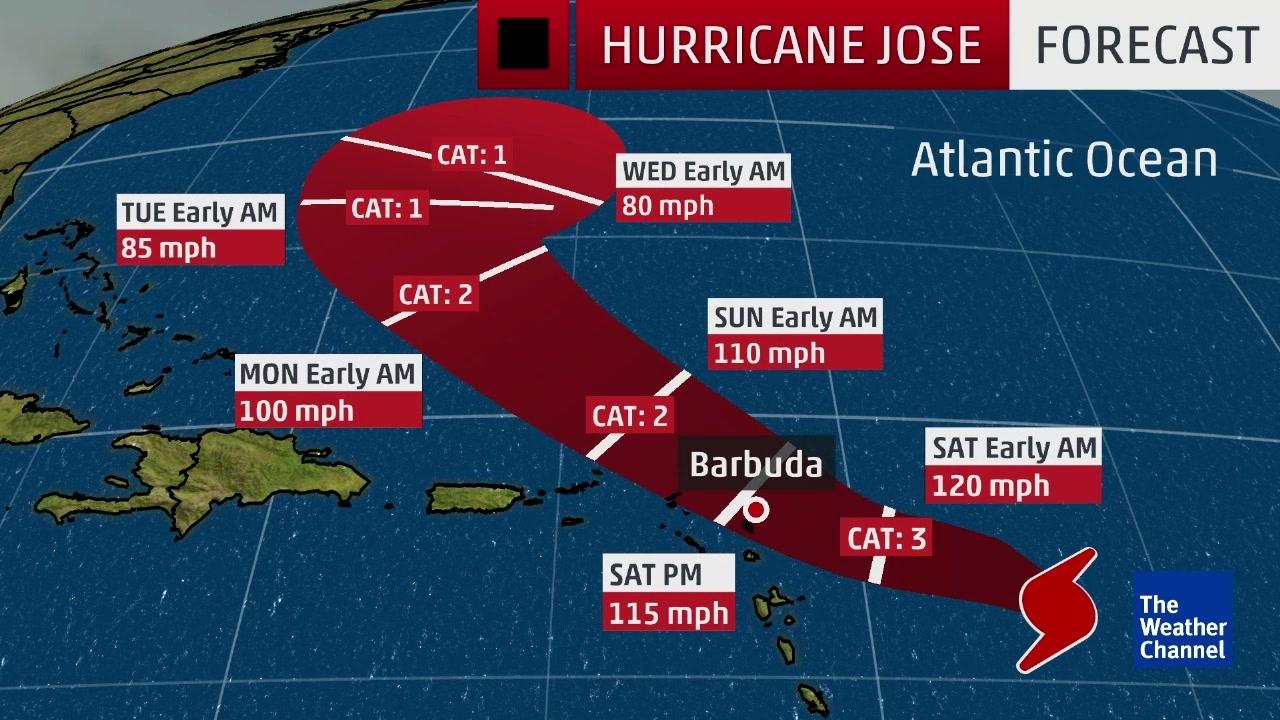 Here are the latest NOAA storm track updates and path maps as the storm heads for the territory and is likely to affect St. Thomas and St. John the worst with tropical storm force winds.

Jose is en route to develop into a full-scale hurricane later today as its winds speeds top over 70 mph (110 km/h).

Weather conditions are expected to worsen across the Leeward Islands as Jose speeds across the Atlantic Ocean.

Continued gradual strengthening is expected to occur over the following days.

This page will bring you the latest path updates from the NOAA, National Hurricane Center (NHC) and National Weather Service (NWS), as well as the most advanced weather models from across the world.

The NHC is edpectgin to initiate Hurricane Watches across parts of the Leeward Islands later today.

“Maximum sustained winds have increased to near 90 mph (150 km/h) with higher gusts.  Some strengthening is forecast during the next 48 hours,” the NHC said.

There are now three declared hurricanes in the region – Irma, Jose and Katia.

Hurricane Jose is still located deep in the Atlantic Ocean but is strengthening quickly as it approaches the Caribbean in Hurricane Irma’s wake.

With the French territorial islands of St Martin and St Barthelemy devastated by the storm over the past 24 hours, along with the island of Barbuda, respite could be short-lived with Hurricane Jose approaching.

The National Hurricane Center (NHC) announced this evening: “Additional strengthening is forecast, and Jose could be near major hurricane strength on Friday.”

They said it had shown sustained winds of 75mph “with higher gusts”.

No alerts are currently in place at any islands or territories but the NHC did say anyone with “interests in the Leeward Islands should monitor the progress of Jose”.

Meanwhile, Gov. Kenneth Mapp said that the U.S. Coast Guard opened seaports in the territory to ferry and emergency traffic only on Friday about 11 a.m. 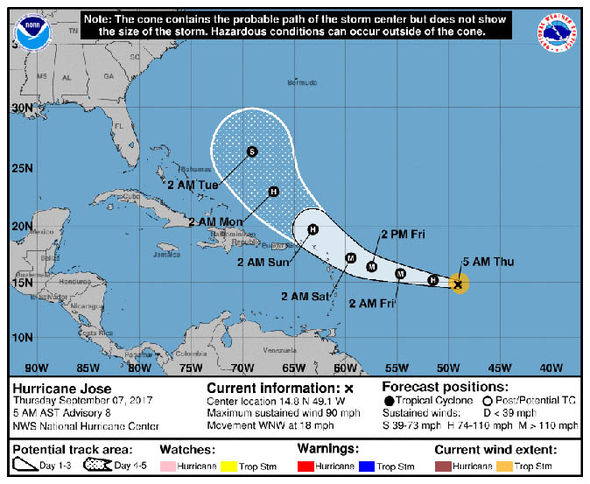