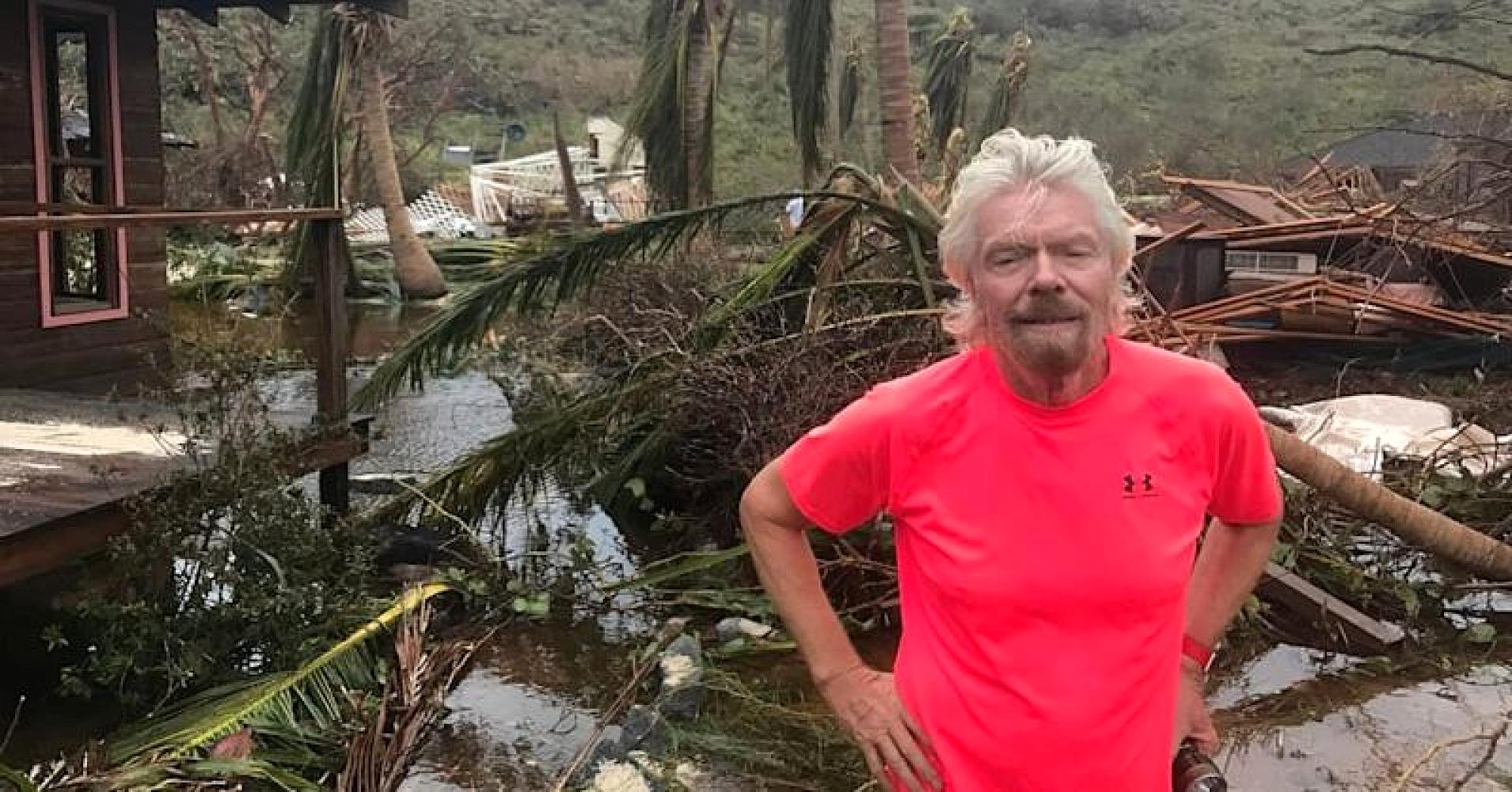 ROAD TOWN, Tortola, BVI — A plan by British billionaire Richard Branson to lead a post-hurricane rebuilding effort in the Caribbean, with a focus on clean energy projects, may include debt relief negotiations mediated by the International Monetary Fund.

Branson is spearheading a plan to help nations in the region recover after Hurricanes Irma and Maria ravaged several islands.

The centerpiece of the plan is a push to replace outdated fossil-fuel power grids with renewable energy systems that can withstand extreme weather and boost economic development in Caribbean.

For the past month, the founder of the Virgin Group conglomerate has been in talks with some of the world’s top multilateral lenders and foundations to set up a fund to finance what he called the Disaster Recovery Marshall Plan – a reference to a program to rebuild Western Europe after World War Two.

The businessman has lived in the British Virgin Islands for more than a decade and weathered Hurricane Irma inside a cellar on Necker, his private island.

“We want to move the Caribbean countries into clean energy and make them more sustainable, which will make dealing with hurricanes much easier,” he told the Thomson Reuters Foundation in an interview in Miami.

“The Caribbean heads of state agree with one voice that this is a good idea,” he added.

The resilience push aims to provide immediate and long-term relief assistance, as well as better insurance policies against natural disasters.

Branson said that he met with IMF chief Christine Lagarde during the fund’s annual meeting in Washington earlier this month and that she offered to facilitate meetings between Caribbean nations and creditors to reduce the costs of existing debt.

“We will talk to the Caribbean heads of state and see if they would be interested in that,” Branson said. “It could save them a lot of money.”

The IMF said it is “closely engaged with the authorities in the Caribbean, and is exploring ways in which it can help member countries affected by the hurricanes, including the provision of financing through rapid credit facilities,” according to an e-mailed statement from director of communications Gerry Rice.

The World Bank and the Inter-American Development Bank have agreed to finance a secretariat that will manage the Caribbean recovery efforts, Branson said. He added the World Bank is working to lower borrowing costs on its loans to help Caribbean nations implement projects.

Branson is a longtime clean energy activist and investor. In 2009 he co-founded the Carbon War Room, a global non-profit organization that aims to strengthen and expand economic efforts not reliant on fossil fuels.

His Virgin group last year acquired BMR Energy, a developer of wind energy projects in the Caribbean and Latin America. The company’s main asset is a wind farm in Jamaica. The company is Branson’s first investment in wind energy.

The 36 megawatt plant, 90 kilometers from Kingston, is the country’s largest private-sector renewable energy project and is expected to reduce greenhouse gases each year by an amount equivalent to taking 13,000 cars off the road.

The plant serves about 15,000 customers with 11 wind turbines that can generate 1200,000 megawatts per year or about 3 percent of Jamaica’s energy demand.

Bruce Levy, the company’s CEO, said the Jamaica project is a good example of how the inclusion of renewables in the energy mix can help Caribbean nations reduce dependence on dirty fuels and cut energy prices, which could boost their economic development.

“The price of solar and other renewable technologies has come down significantly over the last two years, so now it will make a lot more sense,” he said in an interview, adding that the idea of revamping entire energy grids in the Caribbean has gained momentum in the aftermath of Irma and Maria.

Caribbean nations pay some of the highest prices for fuel in the world because of the logistical difficulties in transport and distribution, Levy added.

Like most of its neighbors, Jamaica relies heavily on imported fossil fuels to power its electricity grid, which could face threats from disruptions such as hurricanes.

Building smaller grids with solar and wind generation means that systems can be more easily and quickly fixed when hit by storms, or that only part of the grid system would be affected, Levy said.

Branson said he saw first-hand how the solar-powered micro-grid on Necker island survived Irma, while many other facilities on the island were destroyed.

“Our solar panels were built so well that they were back up and running 24 hours after the hurricane,” he said.

He said the investment in a solar power system for the island was paid back in three and a half years.