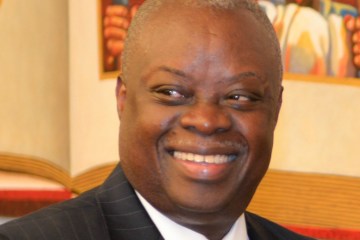 CHARLOTTE AMALIE — Gov. Kenneth Mapp repeated his carefully parsed promise yesterday that fully 90 percent of the territory will be restored to full power by Christmas.

“By the end of the month, more than 500 linemen will be working on rebuilding the U.S. Virgin Islands’ power distribution system,” Mapp said Friday. “The goal is to have power restored to more than 90 percent of the homes and businesses on all four Virgin Islands before Christmas.”

But the Virgin Islands Free Press has learned from electrical subcontractors already on island on St. Croix that their contracts run at least through February 2018.

“We are hoping to have full power on St. Croix by Valentine’s Day in 2018,” one such subcontractor admitted, speaking on condition of anonymity. “Our goal is to have full power restored to St. Croix within four months — but we are making no promises — we can put up 10 poles in the time that it takes WAPA to put up one, but the majority of people working here are from the local authority.”

The Virgin Islands Water and Power Authority (WAPA) privately asked federal officials for 2,000 lineman from the U.S. mainland for the territory after Hurricane Maria destroyed St. Croix on Sept. 19-20.

But WAPA was only allotted 260 linemen and the majority of those men, utility poles, trucks and equipment were delegated by WAPA/Mapp to go to St. Thomas.

And before Maria struck, WAPA sent all available utility poles to St. Thomas — and did not order or pre-position poles for St. Croix prior to the storm.

“Julio Rhymer and Jean Greaux (WAPA) have a hard-on for St. Croix the size of Mapp’s ego,” another source said, also speaking on condition of anonymity for fear of retribution. “Don’t think that Greaux has forgotten St. Croix’s criticisms after Hurricane Irma despite the fact that many people were restored to power the same night of the storm’s passing. Mapp has cut a secret deal with St. Thomas businessmen to ensure that the capital island will have priority during the restoration process and assure their votes in the coming gubernatorial election of 2018.”

Despite the fact that St. John’s electrical power distribution system was 100 percent destroyed after Hurricane Irma and St. Thomas’ was 90 percent decimated on Sept. 6 — the Mapp-Potter Administration will try to restore that district first.

After Hurricane Maria’s passing, St. Croix’s electrical distribution grid was 60 percent demolished — and it has less WAPA customers than St. Thomas-St. John — it would have been the easiest district to put back in operation quickly.

“There was a perception in St. Thomas before the storms that Mapp was favoring St. Croix over the other two islands in terms of the number of plum government positions that were filled by people from the Big Island and the total number of commissioner positions slotted by Crucians — the governor is trying to wipe out that perception in one fell swoop with these WAPA actions favoring St. Thomas-St. John,” the same source indicated.

The government and WAPA when speaking to the issues of electrical power restoration in the territory are careful not to mention the percentage of power restored to the individual islands — for fear of rising descension among the people.

Also, there is variation in the figures up and down because some areas need to be de-energized as part of the normal process of restoring power to isolated areas.

According to the Federal Emergency Management Agency (FEMA), 16 percent of St. Thomas had been connected with electricity as of Oct. 18. By the same date, some 1.6 percent of WAPA’s 4,000 customers have power, FEMA said.

Eventually WAPA hopes to have between 360 and 460 U.S. mainland linemen on all three islands pending approval by the federal government. Mapp said yesterday that that number is closer to 500 by Oct. 31.

Originally, just days after Hurricane Maria passed, Mapp “guaranteed” that 90 percent of the territory would have power by Christmas, but he walked that statement back this week saying only that “the goal” is to have electricity restored to 90 percent of the islands by Dec. 25.

• The first wave of off-island linemen contracted by WAPA to aid in its electrical restoration have begun to arrive in the territory. 260 linemen and engineers will be in the Virgin Islands by Sunday, another 150 by October 27, and an additional 100 linemen by November 3rd. They are joining crews from the Western Area Power Administration who have been here for several weeks. The off-island crews will be equally divided between the St. Thomas-St. John and St. Croix districts.

• The Authority has contracted with debris removal crews to clean up fallen lines, poles, transformers and other utility-owned hurricane debris. The crews are assigned in each district.

• On St. Croix Friday, line crews continued to work on a double circuit from the Richmond power plant along Feeder 6A to Five Corners and Feeder 6B to Mill Harbor. Some poles were planted on Feeder 1A, which serves the downtown Christiansted area, and along Feeder 8B on Queen Mary Highway. Crews made steady progress on another portion of Feeder 8B, preparing a circuit that runs through the Hannah’s Rest intersection, for service restoration. Debris removal crews cleaned up areas around Bassin Triangle and Golden Rock. Those crews will then focus on ridding various public school campuses of downed lines, transformers and broken poles.

• On St. John, line crews continued to prepare areas in Cruz Bay for service restoration. Once electrical service has been restored to the WAPA East End Substation near the armory in Nazareth, portions of Cruz Bay can then be energized. Daily work on St. John involves completing the service path from Cruz Bay, through Estate Pastory, to the Myrah Keating Smith Community Health Center.

• On St. Thomas, crews continued work in Lindbergh Bay toward Gladys Abraham elementary school, on the middle road in Estate Thomas, and on a portion of Feeder 10A extending into Frenchtown.

• WAPA is advising residents that it is necessary to shut off standby generators when line crews are in your neighborhood restoring electrical service. A standby generator has the potential to back feed electricity to the grid which poses a severe safety risk to restoration crews.

• Residents are asked to refrain from cutting damaged or toppled poles. Poles that were damaged must remain in place to allow WAPA to properly document the damage when replacement poles are planted. Once poles are cut or removed by residents, WAPA is unable to seek reimbursement for the damaged pole.

• WAPA reminds the public that a precautionary boil water notice for potable water customers is in place territory-wide. Due to a drop in water pressure, as a precaution, we advise that all water used for drinking, cooking, making infant formula or juices, making ice, brushing teeth, washing fruits or vegetables and washing dishes, be boiled. Bringing water to a rolling boil and maintaining for one full minute is sufficient. Water must be adequately cooled before it can be used and should be stored in clean, covered containers. As an alternative, bottled water certified for sale by the Department of Health may be used.

• There are three days of water storage on St. John; six days on St. Thomas and five days on St. Croix.

• On St. Croix, the Concordia pump station remains off line awaiting equipment repair which should be completed on Saturday. Temporary electrical service was brought to the pump station but later failed. As a result, low to no water pressure will be experienced by customers from mid-island to Frederiksted this weekend.

• All electrical problems must be reported to the WAPA Emergency Call Centers to be properly documented and tracked. These problems include, but are not limited to, electrical service interruptions as well as damaged and downed facilities such as poles, transformers, and power lines. The WAPA Call Centers are operating on a 9 a.m. – 5 p.m., seven days per week. St. Thomas – St. John: 340-774-1424 and St. Croix: 340-773-0150.

• The Authority’s Customer Service Offices are functioning in both districts. On St. Croix, customers can conduct business at the Authority’s offices in Sunny Isle. In the St. Thomas-St. John district, a temporary customer service location has been established at WAPA’s offices in Port of Sale Mall. In both districts, customer service representatives are available from 10 a.m. – 4 p.m., Monday-Friday. Self-service payment kiosks are also available at both locations during these hours. 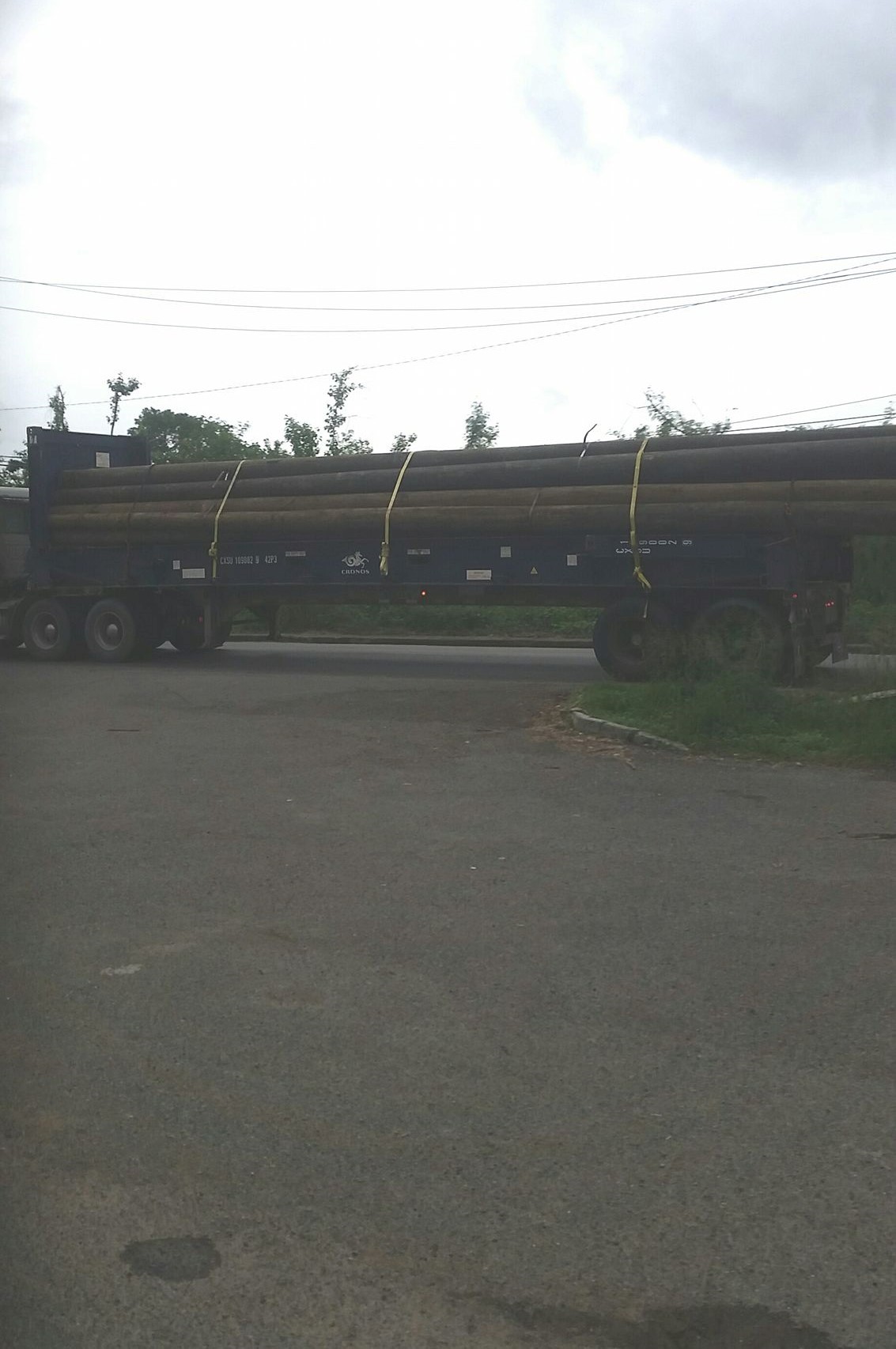 WAPA POLES: As referred to in the Postscript, the Virgin Islands Water and Power Authority (WAPA) delivered three flatbed trailers worth of utility poles to St. Croix’s East End on Sunday (Oct. 15) and one truckload on Monday (Oct. 16).