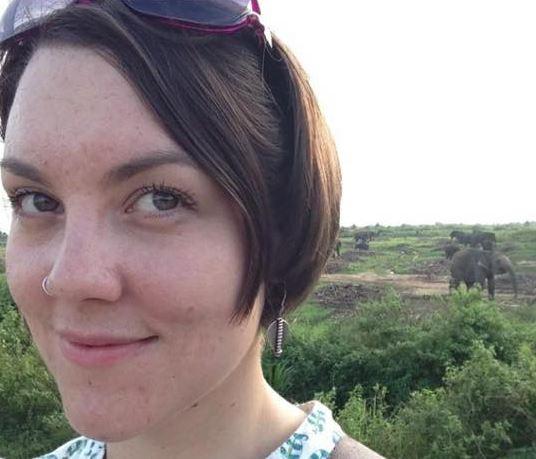 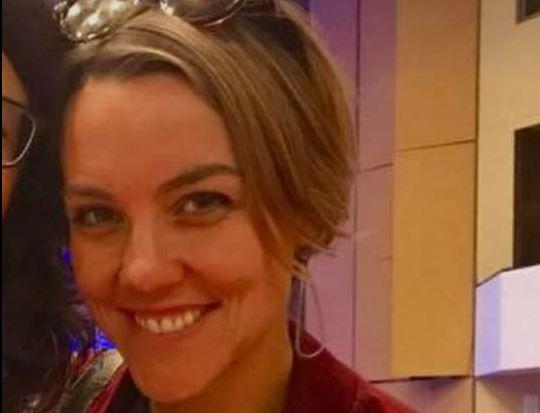 CHARLOTTE AMALIE — A young schoolteacher with a rare form of amnesia is feared dead after she disappeared in St. Thomas last month and remains missing to this day.

Her car was later found in a parking lot at Sapphire Beach, where locals often go to swim, and her sandals, sarong and dress were found on the beach, her colleagues said.

Upp has a rare form of amnesia called dissociative fugue—best known as the medical condition that affected the character Jason Bourne—which can cause people to forget who they are for days or months at a time.

The 32-year-old went missing in similar circumstances twice before. Upp went for a run in Manhattan in 2008 and disappeared for almost three weeks before she was found floating in the water off the southern point of the island, with no memory of the preceding weeks. She disappeared again for about two days in 2013 in Maryland, again telling police after she was found that she had no memory of where she had been or what she had done while she was missing.

“Last night we had six hours of heavy, heavy rain and winds, so I’m worried that she was hiding out somewhere that wasn’t safe,” Maggie Guzman, a friend and fellow teacher, told Newsweek prior to Hurricane Maria. “There’s a lot of things to worry about. But my hope is that she found somewhere safe to hide.”

The search for Upp has been complicated and slowed by the hurricane and by poor cellphone service on the island.

Upp’s colleagues filed a police report and the U.S. Coast Guard searched the ocean, but the Coast Guard had to call off the search as Hurricane Maria approached the island, according to Michael Bornn, the head of school at Virgin Islands Montessori School.

“We’re ducking between Category 5 hurricanes,” says Bornn, who described Upp as an energetic and loving teacher who taught three- to five-year-old children in both English and Spanish. “It’s hard to find her in the best of situations, and it’s even harder now with the hurricane chaos.”

Guzman first noticed Upp was missing when she didn’t show up at school—where Guzman and other teachers were working to rebuild. Guzman called Upp’s roommates and friends but nobody had seen her, and Upp didn’t answer her phone.

“She may be confused and disoriented or not know who she is. Remember her face and look out for her,” Guzman wrote in a post on the Facebook group “What’s Going on St. Thomas,” which storm survivors have used to exchange information and search for missing people. Guzman later posted a rumor that Upp was sighted at a bar called Rum Hut—wearing a dirty tank top and a bandage on her arm—in an attempt to find out whether anyone else had seen her there. (Another resident posted that the woman in the tank top was a friend and not Upp.)

Upp called her mother Tuesday after a staff meeting at Virgin Islands Montessori School and said she was safe and planned to stay on the island. “According to her mother, she sounded coherent,” Bornn, the head of school, told Newsweek, adding that she left a note for friends saying she was going for a swim at Sapphire Beach and would then go to school.

Virgin Islands Police Commissioner Delroy Richards Sr. said in mid-September the department has received no new information about her disappearance.

Upp was last seen on the morning of Sept. 14 leaving her home, and this is the longest period that she has been missing. The next day, a construction crew at Sapphire Beach found Upp’s car keys, clothing and sandals by the beach bar. Her car was also located at Sapphire with her purse, phone, wallet and ID inside.

Friends organized a search party for Upp in the area and were desperate to find her before Hurricane Maria hit. But three weeks after she was last seen, she remains missing.

Twice before, Upp has disappeared suddenly, and it’s believed she may suffer from an extremely rare form of amnesia known as dissociative fugue. Individuals in such a fugue state are able to perform the normal functions of life but are unable to remember any personal details and may be unsure of who they are. Sufferers also frequently travel with no clear destination.

“We have reason to believe that she has entered a dissociative fugue state,” friend and fellow Montessori school teacher Maggie Guzman said. “She may be high-functioning, and if she’s found, she should immediately be brought to a hospital or the police should be called because she may resist.”

Upp’s colleagues and friends have hung paper fliers around the island and have checked the hospital and shelters.

When Hurricane Irma hit St. Thomas it devastated the island tearing the roof off the hospital and destroying many buildings and killing at least four people.

Stressful situations can trigger the symptoms of dissociative amnesia, which include “difficulty remembering important information about one’s self,” and can last from minutes to years, according to the National Alliance on Mental Illness.

When Upp was missing in 2008, police reports said she spent a lot of time in places like Riverside Drive, which overlooks the Hudson River, according to The New York Times.

After she was found, she said her attraction to the area made sense—an answer that may also shed light on why she found her way to Sapphire Beach almost 10 years later. “Not only is it one of my favorite places, but there’s something soothing about the sound of water and just not feeling trapped in the concrete jungle,” she told the newspaper in 2009.

Upp’s friends worry she drowned at Sapphire Beach, was the victim of a crime or was once again struck by amnesia and is now wandering around the island, confused and hiding. Guzman says: “We’re all hoping it’s the third thing, because that’s more likely that she’s OK.”