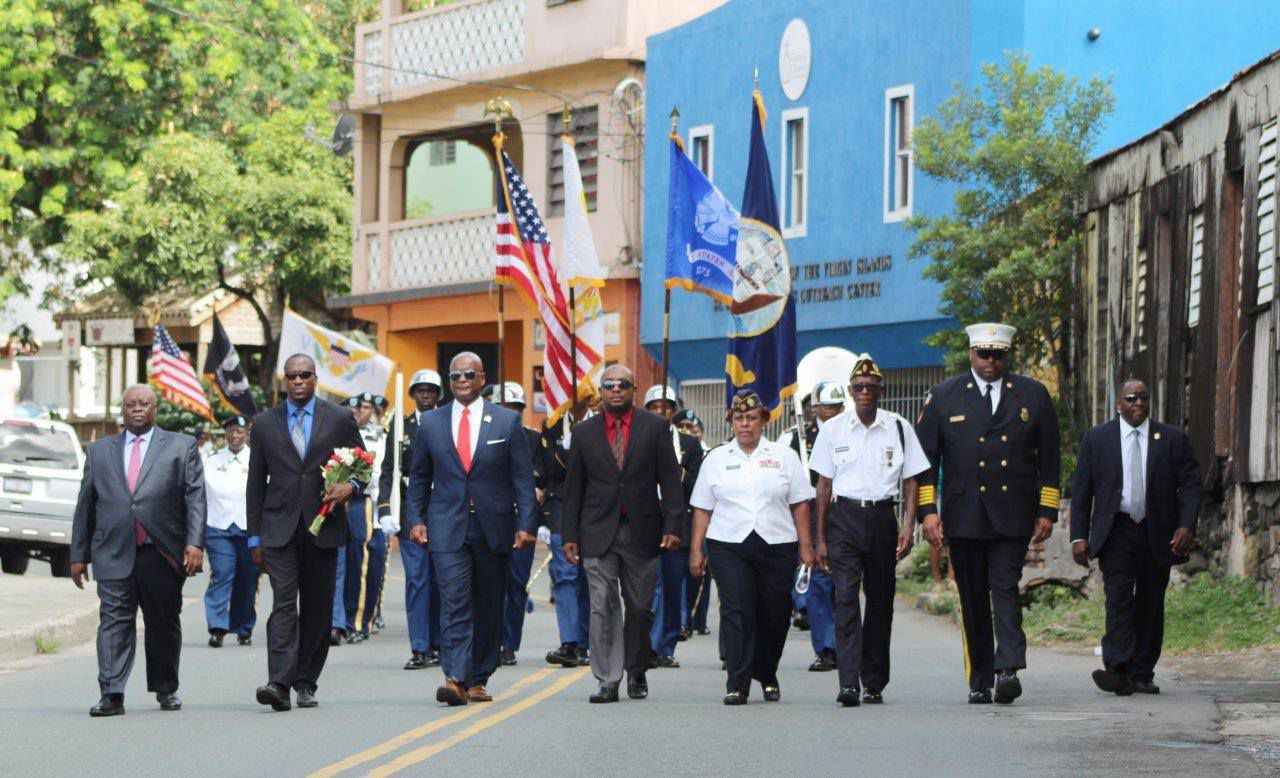 SEISMIC RISK: Bodyguards give Gov. Kenneth Mapp a wide berth as he lumbers down the street in St. Thomas.

CHRISTIANSTED — Gov. Kenneth Mapp said that he “joins American citizens throughout the U.S. Virgin Islands and across the globe on Saturday” in honoring veterans of the United States Armed Forces.

Mapp, who did not serve in the military, said that veterans are “heroes who have offered their service to protect our freedom and way of life.”

“It is with great respect and gratitude that we take this opportunity every year to pay tribute to the brave men and women who have served our country with great honor,” Mapp said. “We owe both them and their families our eternal thanks for their dedication, their bravery and their strength.”

Mapp said that he extends thanks to fellow Virgin Islanders for extending courtesies and kindness to all veterans on this special holiday and throughout the year.

“Our military service members need the ongoing support of our entire community,” the governor said. “Let us all continue to extend our gratitude for their courage and service.”

As the territory recovers from two back-to-back Category 5 hurricanes, Mapp reflected on the many sacrifices of the military, members of the Virgin Islands National Guard and National Guard divisions across the United States.

“The past several weeks have highlighted more than ever the selflessness of our military women and men,” he stated. “Our recovery efforts would be nowhere near where they are today were it not for their service.”

Mapp said that he “commended” the V.I. Office of Veterans Affairs for organizing this year’s events, as they do every year, in observance of Veterans Day and for recognizing women in service with this year’s theme, “A Salute to Women Veterans”. Parades and formal ceremonies will take place on Saturday both on St. Croix and St. Thomas.

The governor said in his Friday night press briefing that he will leave for Washington D.C. on Sunday — two days before he is expected to testify before Congress and the need for $7.5 billion in disaster funding.

In accordance with federal law, all federal and U.S. Virgin Islands government offices will be closed today in observance of Veterans Day.

However, public schools will remain open today in order to make up classroom hours lost to Hurricanes Irma and Maria, Government House said.

HISTORIAN'S CHALLENGE TO ACTOR MIRANDA: Bring Play 'Hamilton' Back To Its Roots Where Founding Father Came of Age ... St. Croix 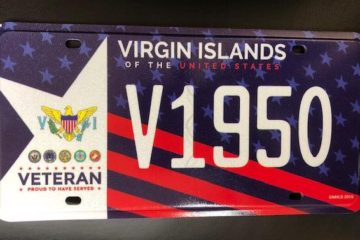 Veterans Honored With Special License Plate By Government of USVI