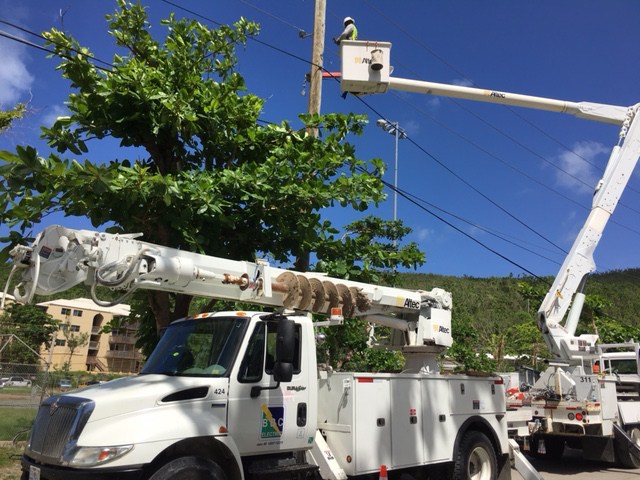 CRUZ BAY — Two linemen from a U.S. mainland contractor were injured during an early morning carjacking attempt on Monday.

Three linemen were getting ready to start their workday, sitting on the back of a truck with the engine running, when an individual jumped into the cab and attempted to steal the truck, Steve DeBlasio of Bloomberg Response Group said.

At least two of the men were thrown off the truck as the suspect started to drive off. The two linemen were hospitalized, and one with critical injuries would be airlifted for further treatment, DeBlasio said.

DeBlasio made the announcement at the Monday morning VITEMA briefing at the Virgin Islands National Park headquarters in Cruz Bay.

WAPA line superintendent Richard Lanclos had few details to add when he arrived minutes later to the meeting.

“As a community, we have to come together to make sure these guys are safe,” he said.

The linemen were part of a team of 35 from BCC Electrical Services from Joplin, Missouri, that began work on St. John last week. Another team of 35 arrived on St. John Sunday, and a third team was expected this week.

The linemen have been helping WAPA restore power to the island, which got its first taste of publicly-generated electricity on Friday when lines in parts of Cruz Bay were energized for the first time since Hurricane Irma knocked out power when it the island as a Category 5 storm on Sept. 6.

The restoration of power in parts of Cruz Bay was expected to be a cause of celebration at the bi-weekly VITEMA briefing, but with the news of the attempted carjacking, the crowd became somber.

There were conflicting reports as to whether the suspect was apprehended or not. His identity is known to authorities, according to a member of St. John Rescue.

• On St. Croix, restoration and reconstruction work continued in the Sion Farm area where additional poles were planted on Wednesday. Primary circuits in Barren Spot as well as some residents in Hannah’s Rest will be energized by the end of the week. Crews worked on sections of Feeders 2A, 4A and 6B with Hotel on the Cay and Company House Hotel on Feeder 1A expected to be restored on Wednesday night. Crews continued to troubleshoot issues around the Watergut community that have prevented full restoration to the housing community.

• On St. Thomas, crews energized commercial and residential customers in Estates Tutu and Anna’s Retreat as well as Estate Thomas. Primary circuits on Feeders 7A and 8A, from the Harley power plant to Nisky Center, were energized. Crews worked on Feeder 6A near Fortuna and on the St. Peter Mountain Road, as well as in Wintberg and Mandahl.

• On St. John, Caneel Bay Resort was restored Wednesday and work continues to restore additional primary circuits on both Feeders 7E and 9E. Crews are also working on the roadway leading to the Westin Resort.

• Traffic flow will be affected across the territory Thursday as restoration work continues. On St. Thomas, crews will work in Frenchman’s Bay, Wintberg, Mandahl, Tutu, Four Winds, Estate Thomas, Fredenhoj, Red Hook, and on St. Peter Mountain Road. On St. John, crews will work on the road toward the Westin Resort as well as on Feeders 7E and 9E. On St. Croix, work will continue in Estate Strawberry towards Barren Spot, Estate Ruby, Hannah’s Rest, Christiansted and Frederiksted towns. Motorists are advised to adhere to the directions of flaggers, military police and VIPD officers who are assisting with traffic control. Additionally, motorists are encouraged to use alternate routes and avoid the work areas when possible.

• WAPA advises residents that it is necessary to shut off standby generators when line crews are in your neighborhood restoring electrical service. A standby generator has the potential to back feed electricity to the grid which poses a severe safety risk to restoration crews.

• All electrical problems must be reported to the WAPA Emergency Call Centers to be properly documented and tracked. These problems include, but are not limited to, electrical service interruptions as well as damaged and downed facilities such as poles, transformers, and power lines. The Emergency Call Centers operate 9 a.m. – 5 p.m., seven days per week. St. Thomas – St. John: 340-774-1424 and St. Croix: 340-773-0150.

• There are seven days of emergency water storage on St. John, ten days on St. Thomas and six days on St. Croix.

• WAPA reminds the public that a precautionary boil water notice for potable water customers is in place territory-wide. Due to a drop in water pressure, as a precaution, we advise that all water used for drinking, cooking, making infant formula or juices, making ice, brushing teeth, washing fruits or vegetables and washing dishes, be boiled. Bringing water to a rolling boil and maintaining for one full minute is sufficient. Water must be adequately cooled before it can be used and should be stored in clean, covered containers. As an alternative, bottled water certified for sale by the Department of Health may be used. 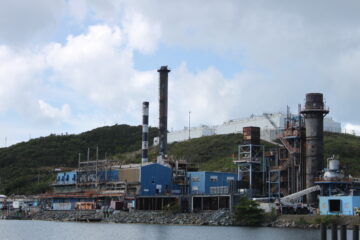 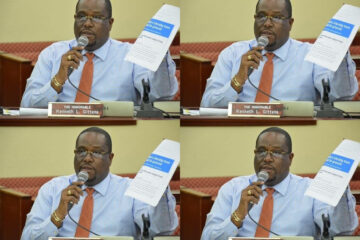 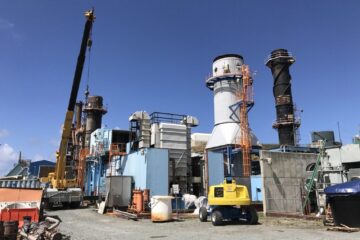