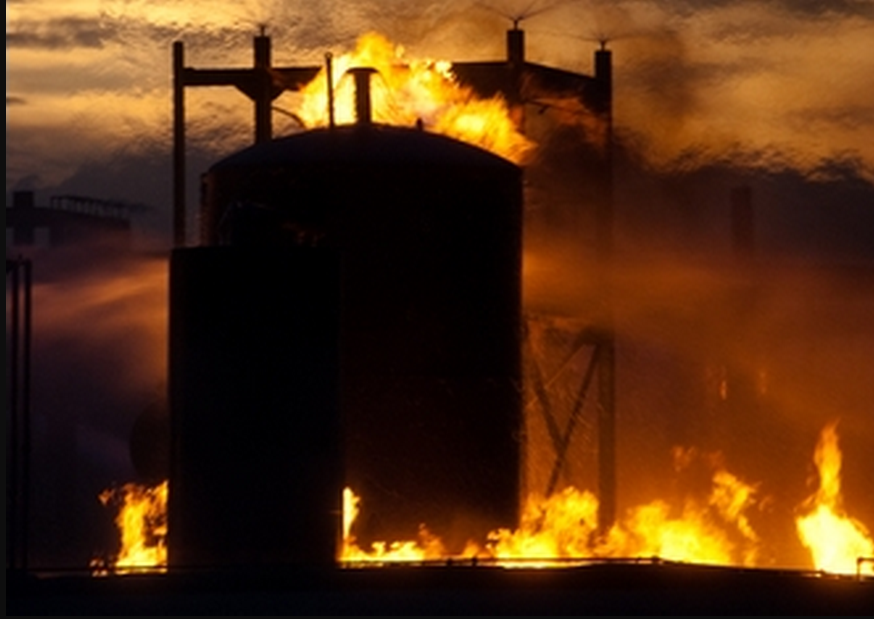 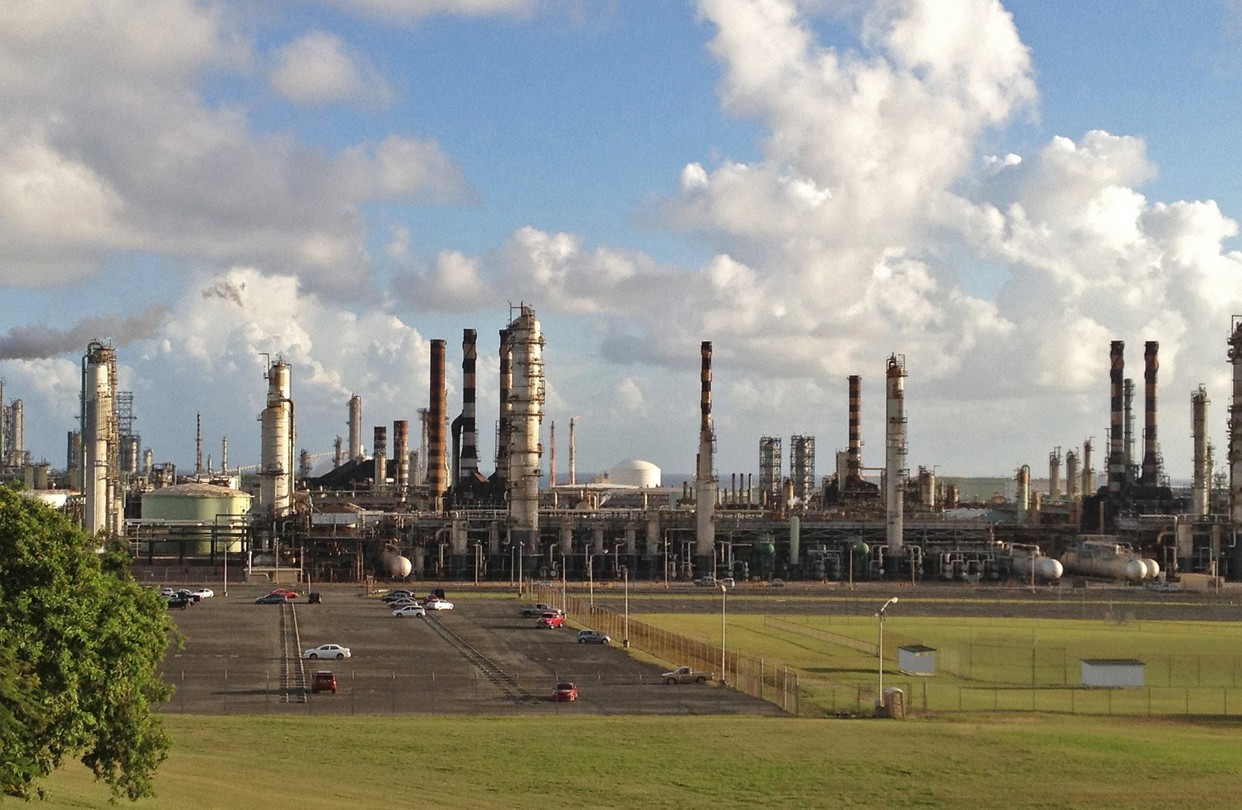 CHRISTIANSTED — A faulty air compressor led to a generator explosion in the powerhouse at the Limetree Bay Terminals oil storage facility on St. Croix and to this day the incident has not been reported to the appropriate federal authorities, the Virgin Islands Free Press has confirmed.

Although one person was within 50 feet when it happened and two others were in the power station at the time of the explosion, no serious injuries were reported. The blast occurred three weeks ago.

The explosion points out the dangers of running the oil storage facility with a skeleton crew. At the time of the accident around Oct. 22, the least experienced crew was on duty at Limetree Bay, a source, speaking on condition of anonymity said.

“After the explosion, the terminal facility had to be run remotely by someone on the mainland who knew what they were doing,” the source said. “No one there at that time knew what to do. When [name redacted] saw the fire she was smart enough to call higher ups immediately.”

The powerhouse’s roof at Limetree Bay Terminals was penetrated by a projectile piece of wood during Hurricane Maria Sept. 19-20 and the roof remains breached to this day.

When the breach occurred — a powerhouse that was run by 70 people as HOVENSA — now is run by a skeleton crew of 13 people.

“We had all this high voltage electronic equipment and the rain was just pouring in,” the source said.

The skeleton crew quickly assembled scaffolding and threw white plastic tarps over the scaffolding to try to shield the expensive, touch-screen computer equipment that runs the facility from getting wet — and to keep workers there from being electrocuted.

The source said that the generator that has taken over for the damaged equipment is the same size as the one that exploded — 18 megawatts. Although it has the capacity for 18 megawatts, the powerhouse itself only typically uses about five megawatts on a daily basis — a very costly inefficiency.

“We burn 640 barrels of diesel per day,” the source said, adding that the refinery was designed to produce about 100 megawatts of power when it was HOVENSA operating as an oil refinery. “The generator is essential an aircraft turbine bolted to the ground and runs at top speed of 51,000 rpm.”

Oil refinery and oil storage facilities in the United States are required to report all explosions to the Occupational Safety and Health Administration (OSHA).

“If they have not reported it to OSHA, someone is going to go to jail,” another source said, familiar with the refinery industry.

A preliminary investigation revealed that the desiccant powder used to dry the air that is fed into the generator’s turbine was too humid and combined with a spark in the “closed” system as the diesel was put in the explosion occurred.

“The air is supposed to be a negative 60 when the fuel is burned — it was at a positive 100 at the time of the blast,” the source said, adding that since the blast, workers use “a wooden stick” to measure the humidity in the air for the highly-sensitive electrical equipment. “This plant is a disaster just waiting to happen.”

Unrelated to the accident, the source said that one of the stacks at the plant was damaged during Maria and is hanging precariously just waiting to fall on someone.

“They have a crane and could fix the stack in about 24 hours if they wanted to,” the source said. “But they are so lax on safety they have done absolutely nothing for about two months.”

Right now, the oil storage facility is being run by a diesel generator leased to Limetree Bay Terminals. The source said, despite complaints from workers, the subcontractor has not repaired it because it cuts into their bottom line.

Normally, the oil storage facility is run on propane gas, but since the explosion Limetree Bay has run the powerhouse on diesel only.

“The generator is started up with the diesel and then normally the propane is fed in and the diesel automatically tapers off,” the source said, adding that it is more cost effective to run the facility on propane. “Now that Sinopec wants to expand the terminal, with China’s record on the rule of law, environmentalism and worker safety — we are really up against it here.” 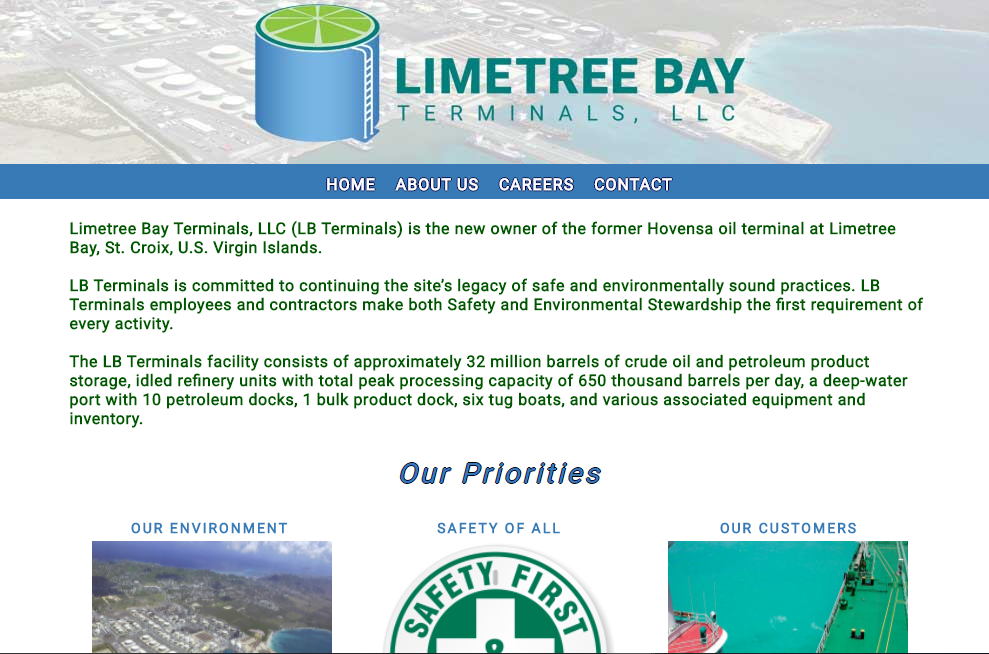