Sen. Rivera-O’Reilly: V.I. Medical Examiners Board Is Abusing Its Power and AG Claude Walker Should Investigate It 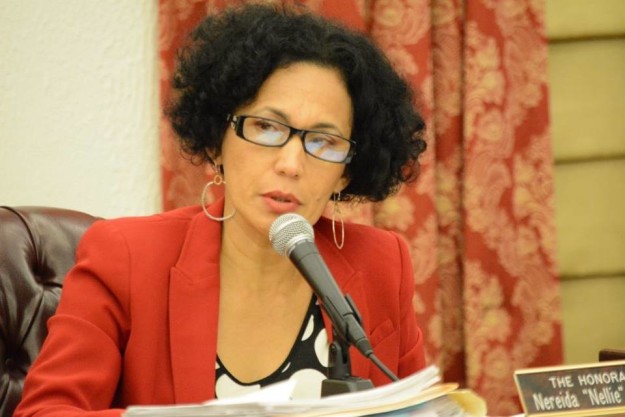 FREDERIKSTED —  A veteran St. Croix Senator has written a letter to Attorney General Claude Walker this week asking him to investigate the V.I . Medical Examiners Board for possible federal antitrust violations.

Sen. Nereida “Nellie” Rivera-O’Reilly said she wrote an email to Walker on Feb. 20 and then followed that message up with a formal letter on Feb. 21.

“This letter follows my email of February 20th and formalizes my request for an investigation of the actions and activities of the V.I. Board of Medical Examiners,” Rivera-O’Reilly wrote. “As you know, the board is empowered to review and issue licenses to physicians wishing to practice in the territory. It is a known fact that board members have colluded to deny or simply not act on applications, causing applicants to give up. The members of the board are all practicing physicians who seek to dominate the market by blocking the entry of new physicians and safeguarding their own financial interest.”

In yesterday’s Rules and Judiciary meeting, chaired by Sen. Novelle Francis Jr., Juan F. Luis Hospital Governing Board of Directors Vice Chairman Troy de Chabert-Schuster charged that medical doctors at the hospital make more money than any other comparable doctors in the United States — “well over” a million dollars per year.

“Our office has received numerous complaints from physicians seeking licensure in the territory,” Rivera-O’Reilly wrote. “Some have been made to wait months and even years before receiving a response from the board. While applications languish, access to health care in the territory is significantly limited. I should note that a cursory review of applications approved by the board appear to heavily favor the St. Thomas district. In addition, the board is required by statute to promulgate rules and regulations. As of the writing of this letter, the only rules that exist are in draft form.”

So far, the Virgin Islands Free Press has not received a comment from Walker about the letter.

“Until recently the board insisted on applicants, regardless of their specialty and years of experience, to successfully pass the SPEX,” the St. Croix senator wrote. “This requirement which is unique to the Virgin Islands, impeded the entry of new physicians to the territory. The lack of specialties has negatively impacted access to quality health care for residents. In addition, the board is not fully complimented, is currently comprised of physicians and often lacks quorum, creating unnecessary delays in the execution of its functions.”

Sen. Rivera-O’Reilly has Bill No. 32-0174 before the Rules and Judiciary committee which proposes to allow telemedicine to be practiced in the territory.

“The board has refused to comply with legislation aimed at expanding access to health care,” Rivera-O’Reilly wrote. “It has refused to allow for the practice of telemedicine as well as for the issuance of temporary licenses to permit entry to specialty doctors, such as pediatric cardiology and psychiatry, among others. The board’s actions demonstrate a concerted effort to exclude physicians from entering the Virgin Islands health care market, constituting an anti-competitive and unfair method of competition causing harm to the residents of the territory.”

The five-term Senator said that the V.I. Medical Examiners Board has opposed legislation that would allow doctors already licensed to practice medicine on the U.S. mainland to practice here.

“Attempts by the legislature to relax the licensure requirements and to allow for reciprocity are strongly opposed by the board,” she said. “The abuse of power and self dealing within the board must be addressed. Intervention by the office of the attorney general is critical and necessary. I trust that you will recognize the severity of the problem outlined above and will deploy your resources to swiftly investigate the V.I. Board of Medical Examiners to ensure that its actions are not in violation of anti trust laws.”

Sen. Rivera-O’Reilly: V.I. Medical Examiners Board Is Abusing Its Power and AG Claude Walker Should Investigate It