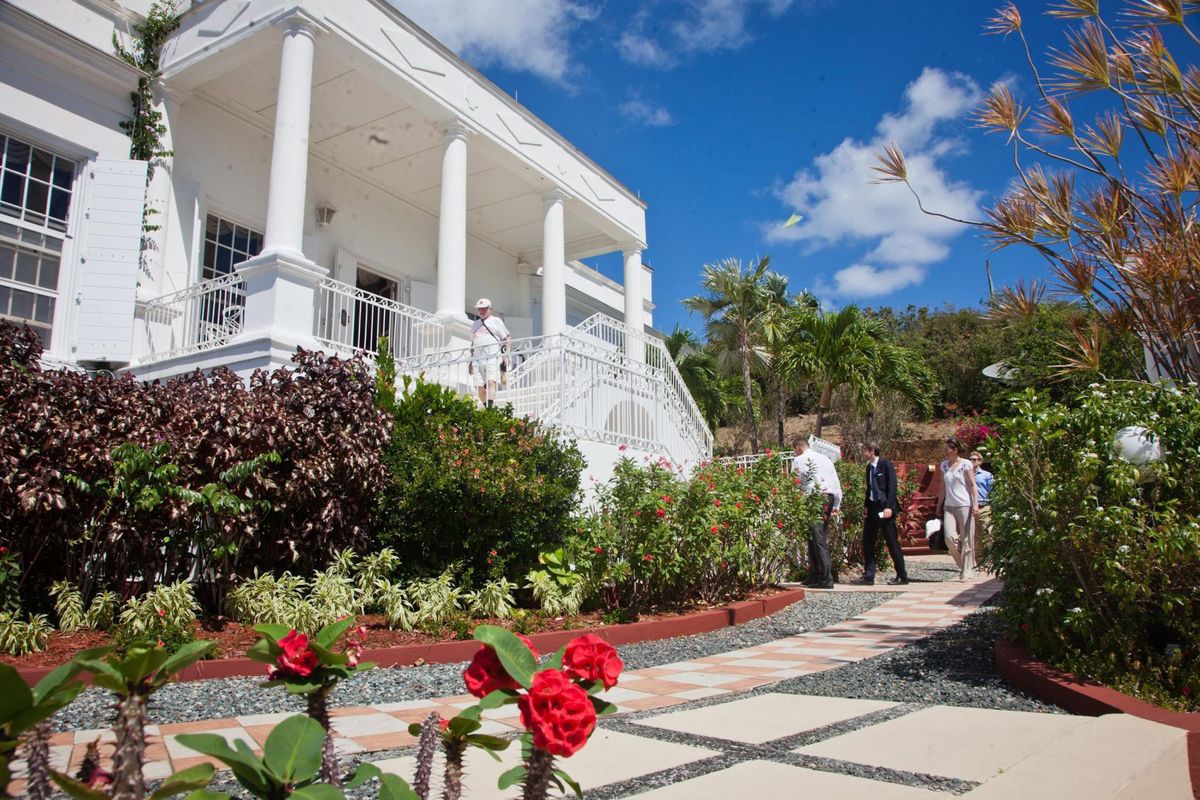 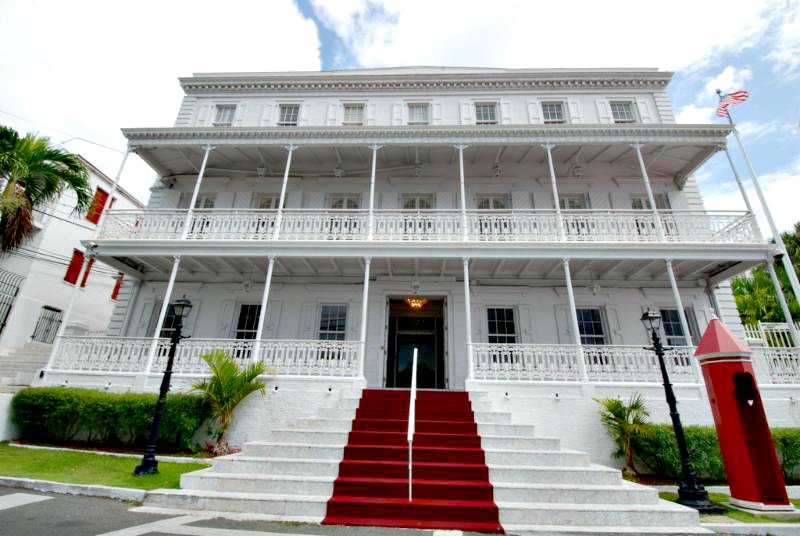 TESTIMONY BY JOSE RAUL CARRILLO, UNIVERSITY OF THE VIRGIN ISLANDS

For more than 251 years, the building at 21-22 Kongen’s Gade has been a powerful symbol as the seat of Government and has been the official Office of the Governor of the Virgin Islands of the United States since 1917. It is a uniquely private and public space, and it is representative of our people.

Built in 1867, it is a neoclassical white brick-and-wood structure. Inside, the staircases are of native mahogany, as are the plaques, hand-lettered in gold with the names of all governors, appointed and elected. Hand-painted gold mirrors line the ballroom and its magnificent floor where beautiful, gifted chandeliers still hang.

In the 1941 Governor’s Annual Report to U.S. Secretary of Interior, Harold Ickes, Governor Charles Harwood hailed the reconstruction of Government House over the period of 1933-1939, reconstruction performed by the hands of Virgin Islanders, many enrolled in the Civilian Conservation Corps. He stated, “Outstanding achievements were the completion of the rehabilitation of the Government House and Administration Building in Charlotte Amalie and the Government House in Christiansted, providing modern, comfortable living and office accommodations.”

Since the first Governor moved into the Government House, thousands of individuals have visited and worked inside the building; many attended diplomatic events, cabinet and other meetings, and gala balls. This building fulfilled its many roles as the seat of government, a family residence, a ceremonial center, and at the same time as a museum, and an historic building.

I was honored and humbled to be the Chief Protocol Officer for ten years. Management of the day to day operations and preservation of the culture, archives, many gifts, traditions, and memories, stored within those walls, was both a privilege and a honor. Government House workers were a close-knit community, who shared the very distinctive culture of being in an exceptional work environment on a daily basis. Government House workers shared a cooperative spirit that in turn helped to foster strong bonds with the Governor and the Lt. Governor. Employees who performed different functions collaborated regularly to help each other prepare for special events and accomplish the many daily tasks.

I served in two administrations (Schneider/Mapp & de Jongh/Francis), for a total of ten years, as the Chief of Protocol and professionally handled the diplomatic protocol matters of all visiting dignitaries to include Presidents, White House cabinet members, elected & appointed leaders from around the globe and Royalty. My duties included managing the daily operation of Government House and Historic Catherineberg at Denmark Hill; and by that, I mean supervising housekeeping and maintenance staff, archiving and caring for of all art collections at both historic buildings, which included much more than a few pieces of antiques furniture but did include official gifts, paintings, tapestries, government crystal, government china, and government silver, both cutlery and candelabra. Additionally, I managed all ceremonies, all cabinet meetings, any official events, and community events at both Government House proper and Catherineberg.

Knowing that as we sit here today, rain is still falling in through a partial roof over the non-historic section of the building, allowing the rain to permeate the historic section and the walls, the floors, the mirrors, the chandeliers, and the expensive office furniture and chairs, all still left to decay and further mold and mildew, much of it sitting the same as the day after Hurricane Irma, sincerely hurts my heart as it should the hearts of all Virgin Islanders. Much of the interior of this building had no damage other than from the rain.

I unfortunately disagreed that the representatives of the Office of the Governor have done everything that could have been done to preserve the building, the furnishings, the gifts, the mirrors, the office desks, the conference tables, the walls and floors etc., in the 170 plus days since Hurricane Irma.

Destruction and loss by hurricanes is one thing, but by neglect is something else entirely.

As it relates to the bill 32-0024, you are asking if I feel it is necessary to hire a Curator who answers to a board of many people. My answer is YES. The handling of the many serious situations within Government House and at Historic Catherinberg on Denmark Hill following Hurricane’s Irma and Maria, is a great concern. If the bill is not passed, the position of Chief of Protocol should be filled with consent of the Legislature of the Virgin Islands.

The buildings and collections belongs to the People of the Virgin Islands, and we are the stewards on behalf of the people.

–Jose Raul Carrillo’s Senate testimony was read into the record today at the Legislature as part of the Committee on Workforce Development, Consumer Affairs and Culture 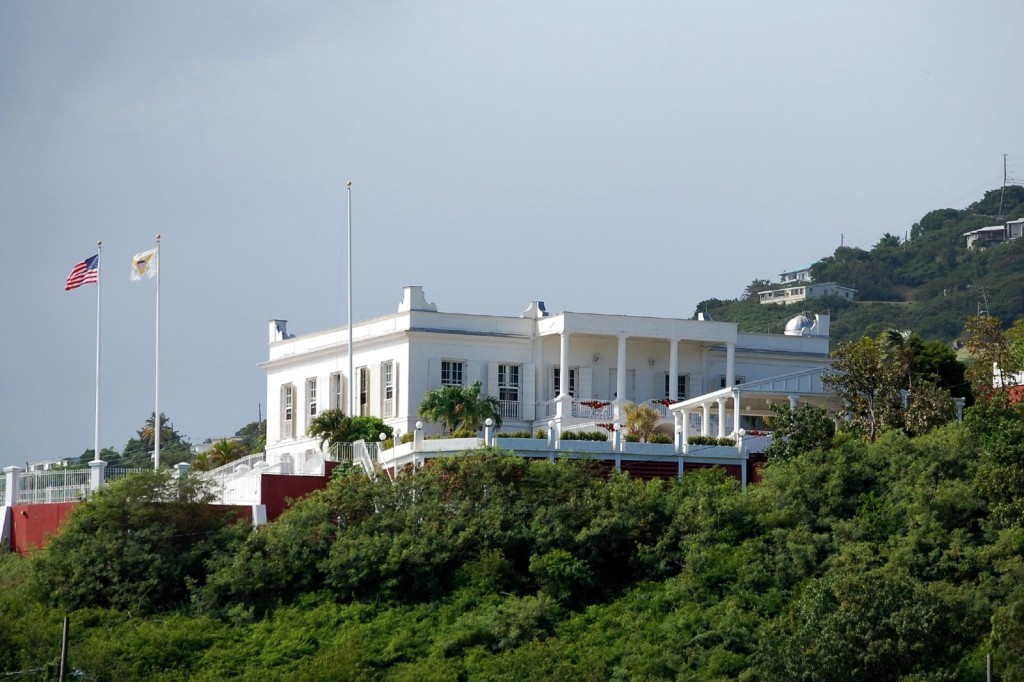